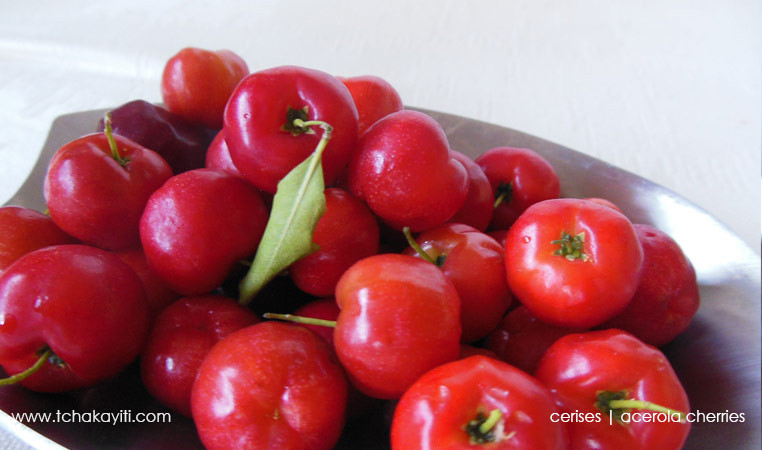 When we were younger, we often hung out among cousins at the same house that had become our pied-à-terre. One of our favorite things to do there was to handpick certain fruits, including cherries, from the trees.

These small juicy and sometimes acidic red fruits earned us many scolding. We were not to approach the tree for it itched. We were not to pick its fruits for there were as many red ants as fruits hanging from the branches. We were not to pull on the branches for they would break under our weight and the tree would die, and so on…. We knew the sermon way too well to ever really take the adults seriously.

In fact, these idle threats they yelled out only made the experience more enjoyable for us. We relentlessly pulled on the weak branches to reach the fruits. Plus, we often managed to pick the cherries without itching or getting bitten. The few times that happened, the fruits we gobbled up were like a balm especially since our mission was to pick as many fruits as possible so as to eat enough before the harvest for the cherry juice, a harvest that wouldn’t leave one ripe fruit hanging on the tree for us to enjoy.

We, indeed, knew that we were prohibited from picking the cherries because those fruits were being saved for the juice the adults planned on making. If we got to the tree first, there wouldn’t be enough for the juice, for, when we all joined forces – we were never less than six against those two weak trees that lost leaves, flowers, branches and fruits when we pulled on them – we barely left any fruit on the tree.

What the adults ignored was that we also loved the unripe fruit. Such was the case with me at least. This shouldn’t surprise you if you read my previous post about green guavas. Yes, I had a taste for certain unripe fruits with the only difference that no scary story is linked to my liking green cherries.

We enjoyed handpicking cherries so much that we even came up with our own little competition. Those of you who know our local cherries, know that there’s always a green stalk that stays stuck on the fruit – as the picture illustrates – and that these stalks don’t come out easily. When they come out without breaking, the other end looks like a flower. Those flowers were what we often sought. Oh, the little things that make a child happy.

To date, I still enjoy taking those stalks out. I also still make sure I eat as many cherries as possible when we bring them home before they are all tossed in a blender and turned into juice.