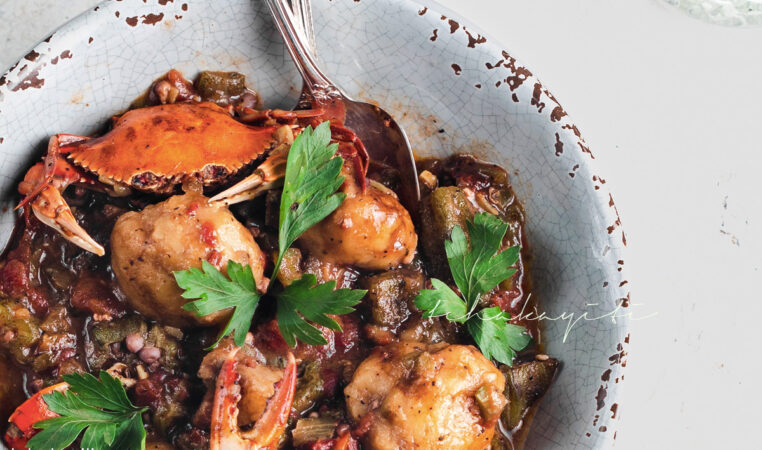 I have a confession. About dombrèy, our Haitian version of Caribbean dumplings, known in the French Caribbean as dombré.

For years, I belonged to the small group of Haitians who don’t have a particular attachment to these. I simply never understood dombrèy or bòy or however your family affectionately calls those Caribbean dumplings. At least, until now.

And if I do understand our Caribbean dumplings better today, it’s because I went on a totally different route with mine.

In Haiti, we add these dense sticks of flour, water and salt to our regular bouyon, our bouyon tèt kabrit, sòs pwa, tchaka and other soups and stews. Though most Haitians venerate them, I simply don’t get their role in those dishes. Growing up, I mostly ate my bòy to fill my stomach, especially since I am not fond of the traditional bouyon. In my eyes, donbrey’s only served one purpose: keep me from dying of starvation after picking out most of the ingredients in my bouyon.

Yet, like most Haitians, my dad always insisted on having them in his bouyon. To this day, he still does. He will throw a fit and dismiss a bouyon served without bòy. To him, without dombrèy, that dish is a disgrace.

It took my reading about dombré in the French Caribbean cuisine for me to start making sense of this local staple.

Whereas in Haiti, they complement our soups and stews, in the Antilles, dombré actually make up a main dish. Curious about that way of eating Caribbean dumplings, one Saturday, a few weeks ago, I set out to prepare a dombrèy dish, the very same one I serve you today.

I infused my bòy with okra, djondjon  and sirik. The reason? Our calalou djondjon stew ranks high on my go-to comfort foods for its well blended flavors. So I assumed they would infuse my dombrèy with their strong and bold flavors in the same fashion. Rightfully so.

My dombrèy kalalou djondon made my palate sing. That day, I finally understood this staple.

Infused with the right flavors, dombrèy can make sense. And even more so when it becomes a main dish component. I now finally get it. Enough to require it be added to my bouyon or sòs pwa? Not so sure. Will I make it the main component of a dish as with this kalalou djondjon? I just might. 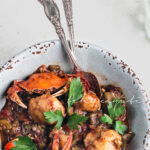 This recipe revisits dombrèy, Haitian Caribbean dumplings by infusing them with the strong flavors of okra, blue crab and djondjon mushrooms

For the dombrèy, Caribbean dumplings