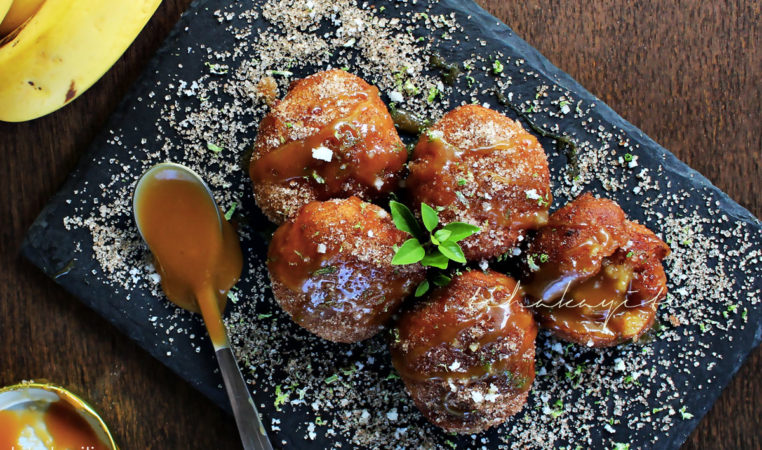 “I really should have named this article: How a beignets cook-off convinced me that I am not destined to be a baker.”

Not that I didn’t already know that. I simply never thought of beignets as being part of the world of baking.  Yet, that is exactly what I learned, the not so easy way.

My Creole Kitchens opponent Joelle and I agree, this is the first and most likely last time we’re getting involved with baking for the purpose of this cook-off.

After whipping about ten beignets batches between the both of us, and eating thousands of sweet calories, we’ve hit our baking quota for the year.

See, neither of us is a baker. When we picked this theme for our Mardi-Gras cook-off, we had no idea what we were getting ourselves into. We are both used to free-styling it in the kitchen. We never cook one dish the same way. It simply isn’t in our DNA to do so. Yet, when it came to those beignets, we did have to follow directions to the “T.” That is after all the true essence of baking.

We both knew we wanted to revisit the traditional beignets we grew up with and adapt the batter to our taste. That is not always an easy task with baking, especially if it is not your thing.

The beignets battle was thus a double challenge.

Even more so for me since I wanted to stuff my beignets while sticking to tradition. Our traditional beignets, as you should all know by now, are flat much like a crepe. If I wanted to stuff them, I had to get them to puff up. I thought that would be as simple as increasing the amount of baking powder. That was obviously not the case.

Changing the baking powder proportions, and those only, would not suffice to make my beignets puff up. I simply could not get them to turn into balls during frying. Any amateur baker could have told me that. A friend had warned me as well. But I had to try it anyway.

The beignets below turned flat just a few minutes after I took that picture.

After about three batches, I finally had to accept that playing with our traditional recipe was not the way to go. I had to turn to a non-Haitian recipe. I finally settled for this Easy Beignet one from delish.com. I did not quite follow it to the “T,” however.

But you already knew that, right?

I had to adapt this recipe so as to bring in my Haitian flavors.   So yes, if you must ask, I did mash three bananas into that batter. I also packed it with nutmeg, cinnamon and lime zest flavors.

How else would I get my beignets to taste like the ones I grew up with? 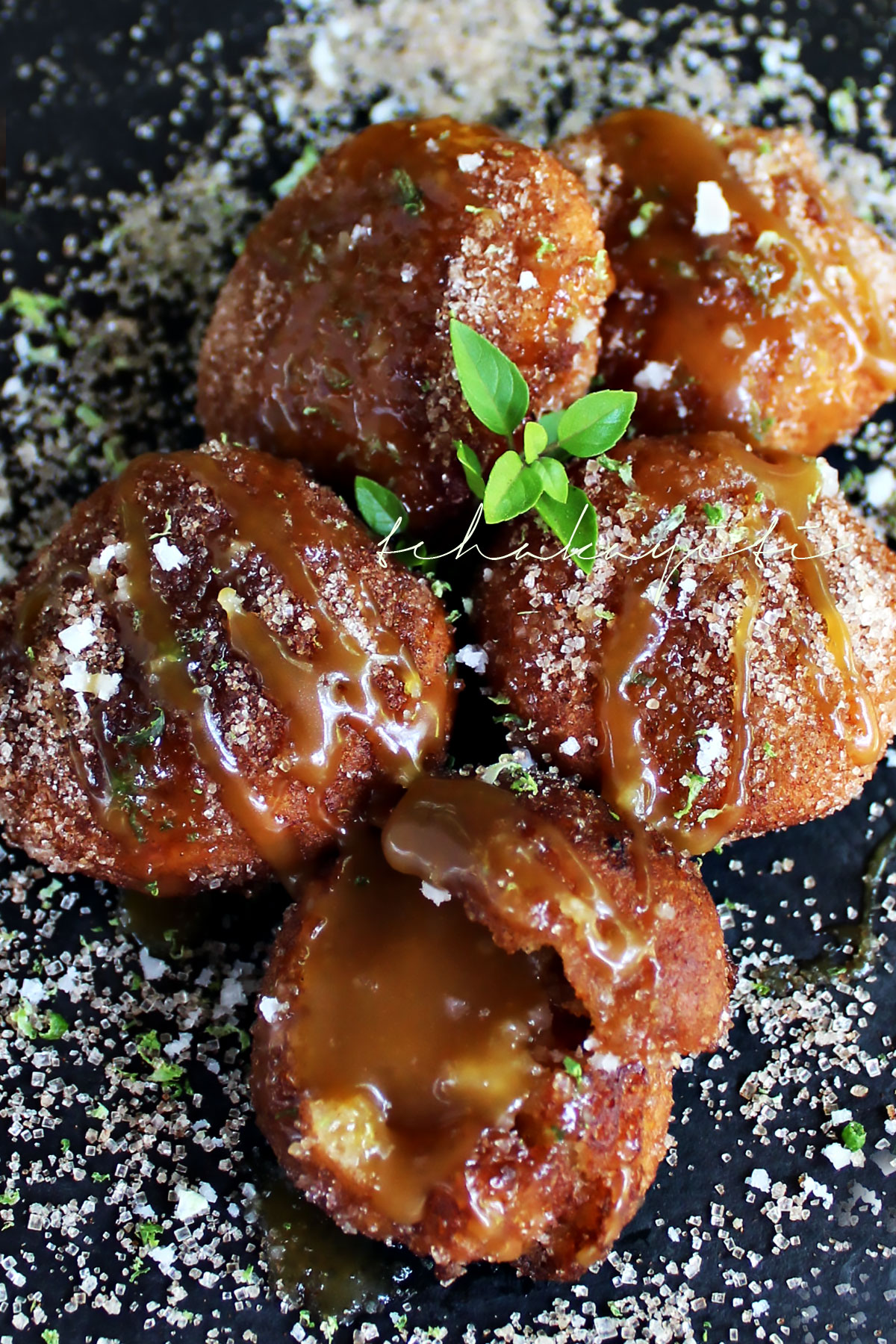 Now I don’t know that they came out exactly like they would have had I stuck with the original instructions, but I did accomplish my goal. I got semi-round beignets balls that were easy to stuff and maintained their round shape.

I call that a Happy Mardi-Gras! 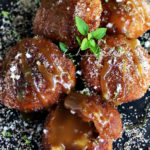 This recipe is an adaptation of Delish’s Easy Beignet Recipe found here. I added my own ingredients so as to create a Haitian banana beignet batter. Feel free to be creative about your stuffing. I stuffed some beignets with a caramel Fleur de Sel sauce, and others with a sour orange custard.
Prep Time 20 minutes
Cook Time 30 minutes
Total Time 50 minutes