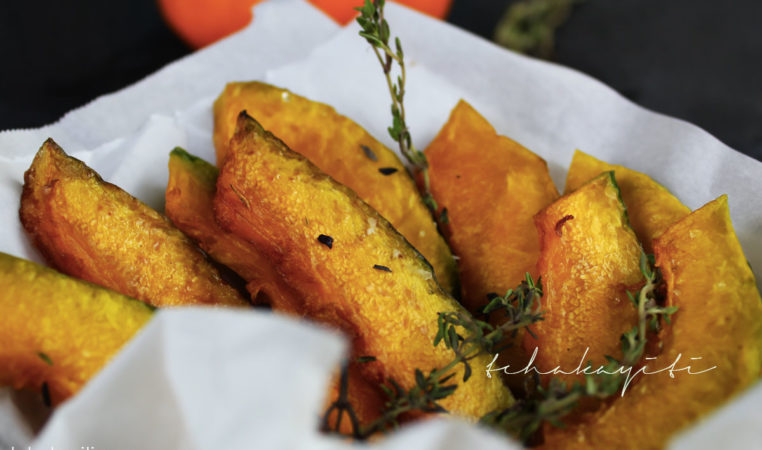 Yes, another giraumon post. Twice in one week! I must be fond of that squash!

If you’ve read my previous story, and hopefully saved the featured savory pumpkin pie recipe, you know that I have learned to appreciate our joumou. With that newfound taste comes exploring different ways to prepare and eat it. Thus the fries I am serving you today.

I decided to fry my giraumon on a whim after a failed roasted giraumon attempt. Failed attempt, because the giraumon didn’t really absorb any of the flavors I had tried to infuse it with.

But let’s get back to my success story. It’s more interesting and way more flavorful. Luckily, since I was not sure of the roasted pumpkin turnout, I hadn’t used all the giraumon. I still had some left.

Armed with a knife, I attempted to prepare a first batch of squash sticks that I was hoping to cut into normal fries. That turned out to be quite the arm workout. I did not imagine the raw pumpkin flesh to be that hard to cut through. I ended up with crooked pumpkin sticks.

Their crookedness did not discourage me, however. I still dropped my weirdly shaped fries into some sizzling hot oil.

Turns out those fries were worth the workout. When I got them out of the oil, I discovered amazingly delicious pumpkin fries. Oddly enough, those fries reminded me of our lam veritab. Actually, I don’t think I’d be exaggerating if I said they tasted EXACTLY like our lam veritab.

That realization encouraged me to work my muscles some more. I had to prep a second batch. Only this time, I would slice my pumpkin differently.

I cut the remaining giraumon lengthwise into thin slices just like we cut our lam veritab to make “accordeon –“ I know I have yet to share that veritab preparation on the blog, but I promise those ‘accordeons’ will soon find their way in my writing. In the meantime, you can still sample and compare that vegetable to the pumpkin by trying the veritab pesées you will find here. 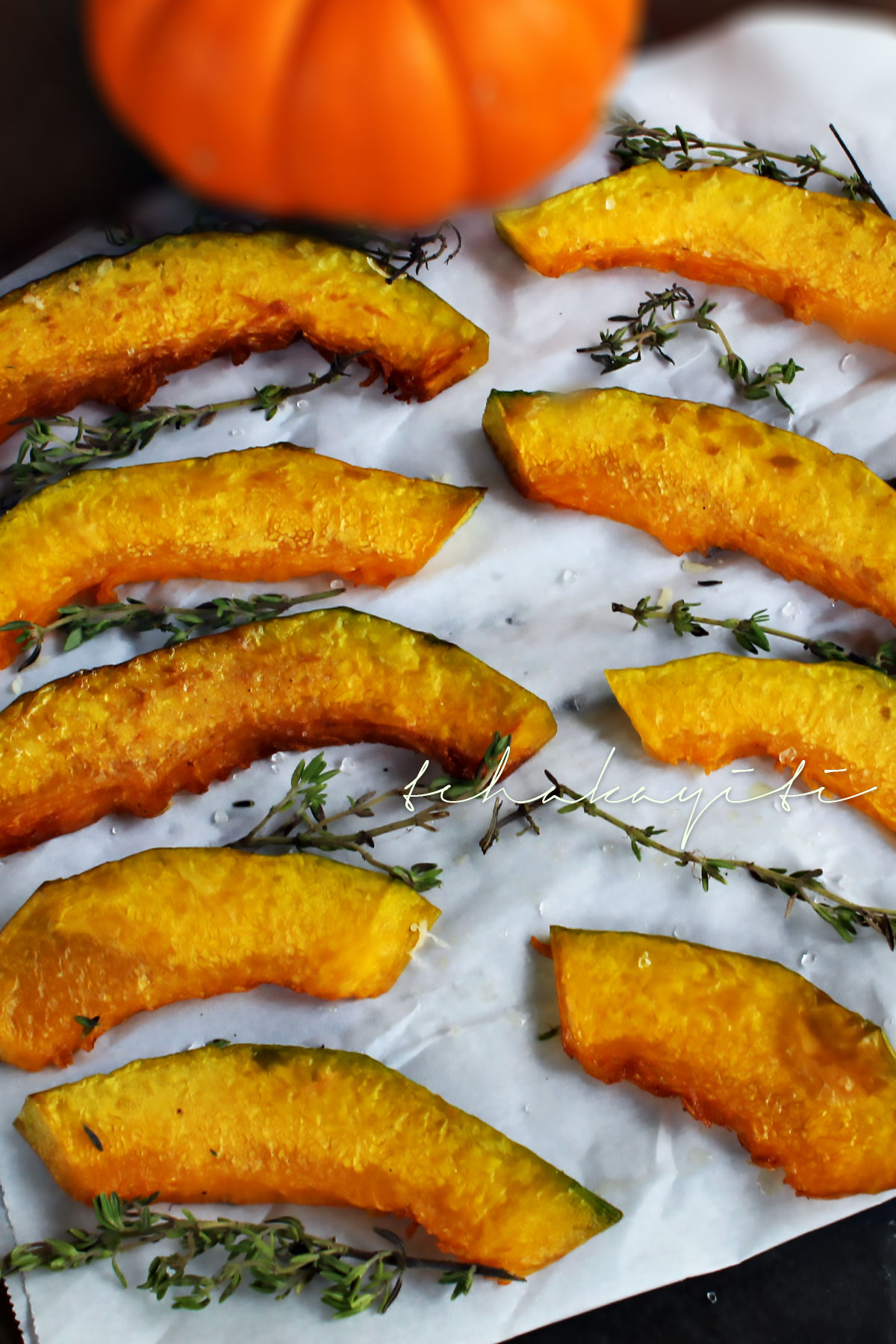 That second batch of fried pumpkin turned out to be better than the previous one. The pumpkin accordeons seemed to hold themselves better. I should mention here that those pumpkin fries don’t turn as crispy as regular fries. They simply get a thin coating that wraps a mushy inner flesh that’s even softer as you get closer to the core of the vegetable. I thus recommend that you cut as much of the core out before frying. You should also wait till your oil is sizzling before frying them, and serve them right away.

Make sure to sprinkle your fries with some coarse salt and fresh herbs. Thyme and grated cheese, preferably Tête de Maure, complement them perfectly. Unfortunately, I had eaten all the ones covered with cheese prior to snapping the picture.

But trust me when I say those make perfect giraumon fries toppings. I would definitely prepare them again. However, since I tried so many pumpkin recipes, some better than others, these past three weeks, I think I will take a break.

Instead, I ask you, dear readers, to take over. Please try frying some giraumon and let me know how you like them in the comment box below. 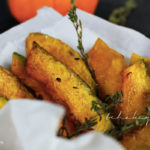 These giraumon fries are quick and easy to make. Sprinkled with salt, fresh thyme and some grated cheese, they are a true delight.

These pumpkin fries don't stay crispy long. You should serve and eat them right out of the frying pan.