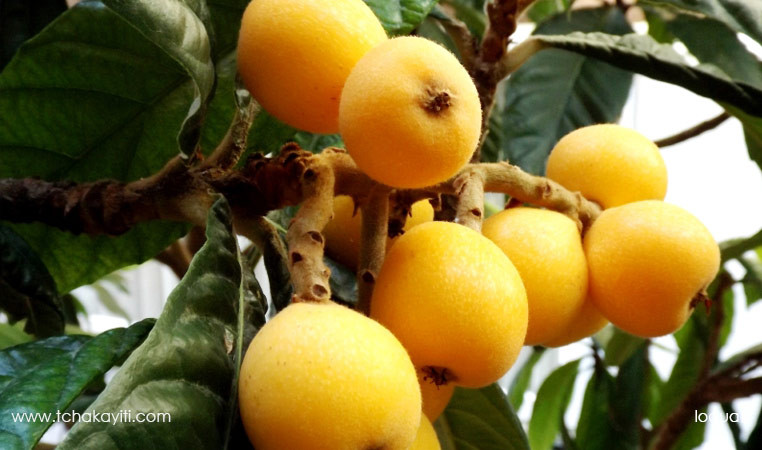 If I told you that one tiny bite of this fruit was the remedy to my homesickness while abroad would you believe me?

I myself was quite surprised when I realized it one spring day in New Orleans. I was walking with my college friends when I stumbled upon a branch with yellow fruit clusters that looked oddly familiar.

At first, I thought I was seeing an oasis; after all I was in a city where the weather didn’t feel quite like the one back at my house in the mountains of Fermathe. It was simply unlikely that I would run into that fruit that I had discovered and savored throughout high school. Or at least I thought so. Yet, a glimpse of hope invaded me as I got closer and closer to the hanging fruits and grabbed a few.

Though I was holding the fruits in my hand, I was still skeptical. I rubbed one on my shirt and peeled the skin off with my fingernails instead of extracting the flesh by squeezing it between my teeth like I did back home. As soon as the fruit hit my palate, my whole face lit up. I had found a loquat. It tasted exactly like home. And, for a minute there, standing on that sidewalk, miles and oceans away from my homeland, I was in my Haitian mountains savoring that tangy fruit.

It was not easy to convince my foreign friends that loquats were safe to eat, which didn’t surprise me for even here in Haiti not many people know of it. Loquat trees grow in our mountains where the weather is cooler, and many are unaware that their fruits are edible. The ones who know this fruit either grew up in the area, like I did, or used to vacation there.

I myself didn’t discover loquats until I was a teen. I believe dad brought them home one day and we’ve been eating them since. We now have a least three loquat trees in our backyard. Once a year, we enjoy their rounded or pear-shaped yellow fruits which succulent flesh varies from a tangy to sweet taste depending on the branch we handpick them from.

With every harvest, we introduce a few more people to this fruit. As I look back to this spring day abroad, I think that it’s because this fruit is so uncommon that it brightened my semester that year. No matter how short lived this moment was, I think it gave me the strength to keep going, for I knew that all it would take was a detour to that sidewalk for me to be able to savor a loquat and be taken back home.