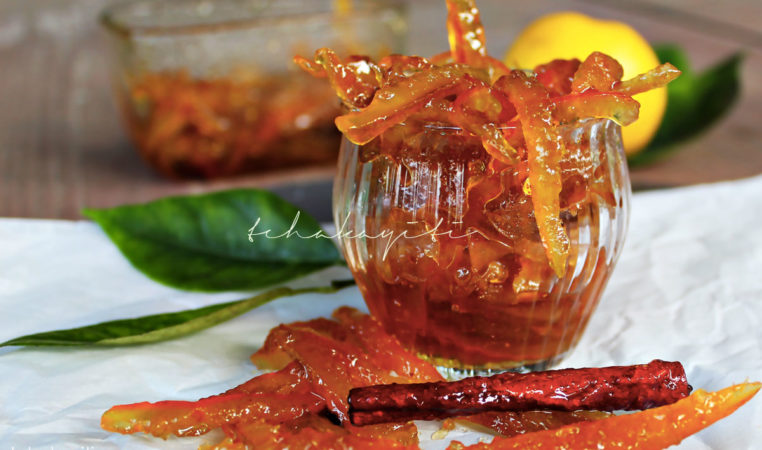 Would you try a sour orange marmelade?

We have two sour orange trees in our yard. Well actually, make that three. I just recently discovered a third one.

Last year was by far our best sour orange harvest yet. Both of the most mature trees rewarded us with endless fruits. More than we could account for. Way more than we could ever find enough use for.

We gave baskets upon baskets of fruits to friends and family. But even then, the tree just kept on producing more. It was as if each fruit we handpicked gave birth to a new one. And we simply could not resolve to stop handpicking them. 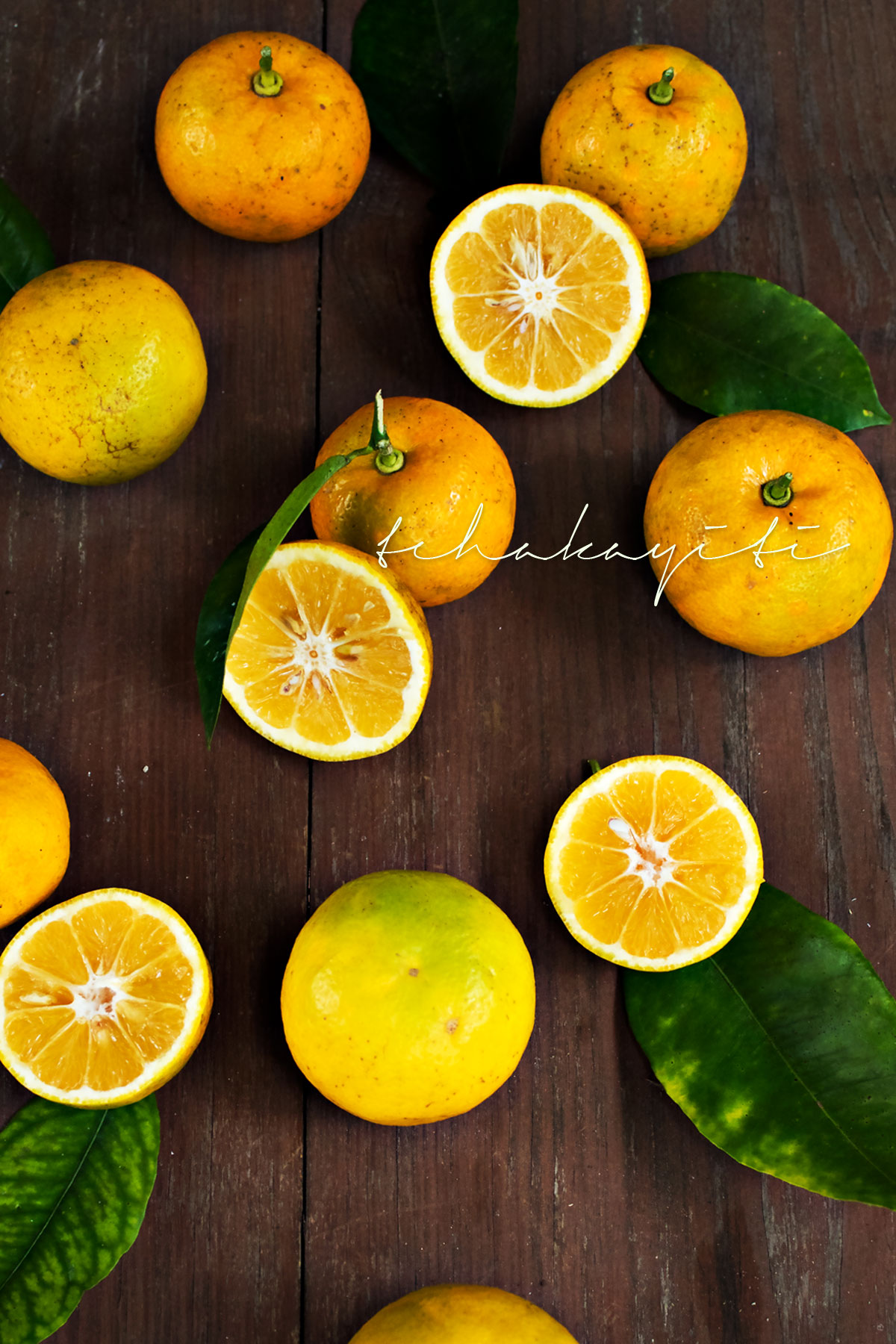 After all, rumor has it in Haiti that if you don’t handpick fruits from a tree, your next harvest will be low.

Any abitan will confirm that. Apparently, a tree interprets the fact that its fruits are not picked from its branches as a sign that they are not needed. When its fruits are left hanging on its branches, it thus refrains from producing fruits the following season.

I am not sure whether this is true or not. But I cannot and will not be the one to test that old adage, especially when it comes to sour oranges. Those fruits are too important in our cuisine for me to take such a risk. I would rather find more uses for them than leave them hanging.

And that is what I tried to do the entire season. I looked for more than one way to use those fruits. I even compiled a list of the most common uses for sour oranges on this blog back in November. But even that did not seem to be enough. I had to do something with those oranges to get them off the tree. 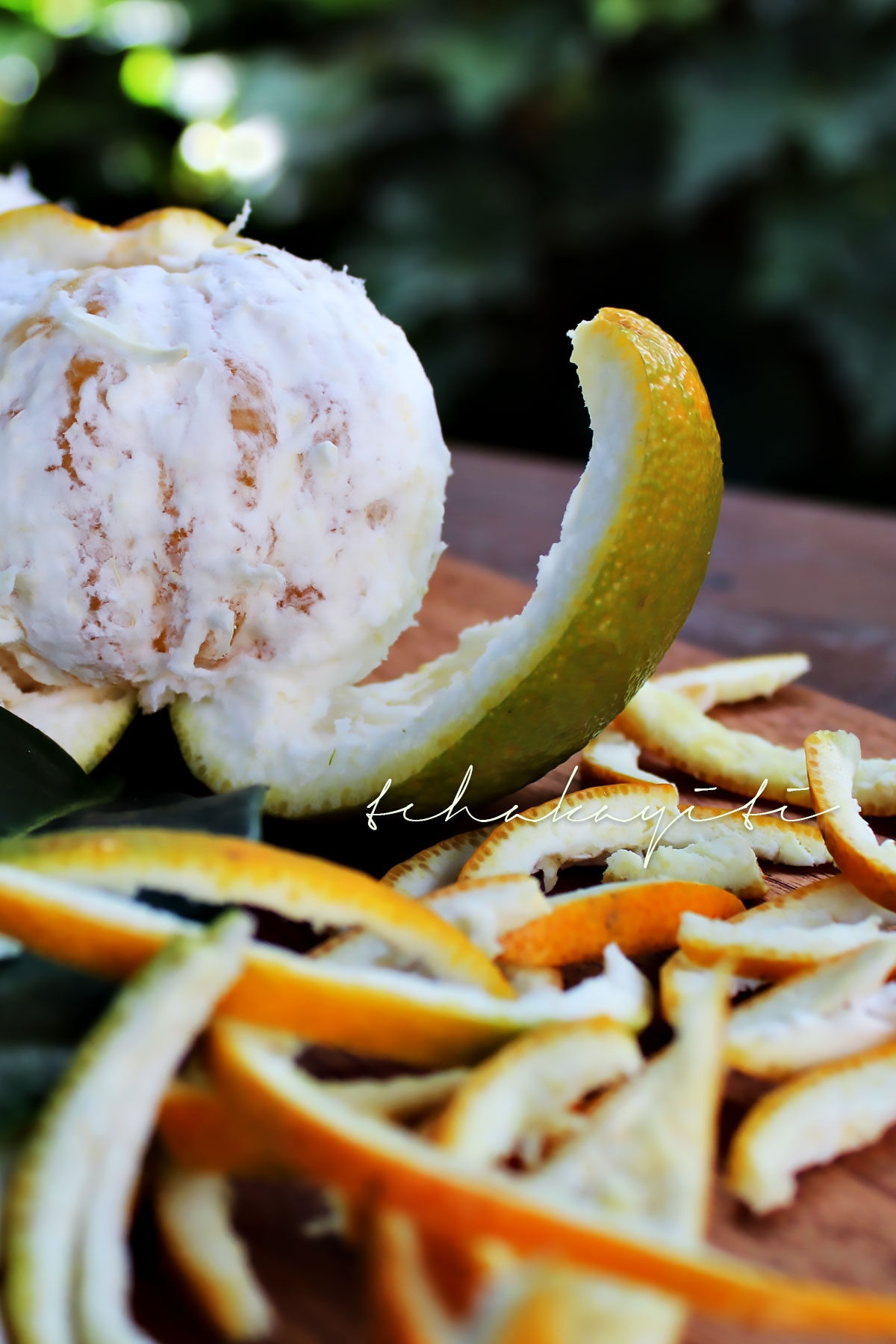 That is how this sour orange marmelade came to be.

I had come to realize that sour oranges have a bright colorful thick peel. In Haiti, we typically use shaddock’s inner white layer to make jams. That got me wondering whether sour oranges could be used in a similar fashion or not.

A quick online search, and I found my answer. It is possible to turn those peels into a marmelade. I came across a few recipes, which convinced me to give it a shot. This marmelade I am serving you today is thus by no means an invention of mine. I got my inspiration online.

I must confess that, at first, I was dubious. The preparation methods were different from that of our traditional shaddock jam. All the recipes called for using the fruit’s outer peel.  I was afraid that would result in an overly bitter marmelade.

Plus, in Haiti, we often recommend tossing out the first cooking water when making a jam so as to eliminate any bitterness. Such is the case with the peach jam recipe I shared before on this blog. Yet, none of the sour orange marmelade recipes I read through seemed to include that step. I decided to give it a shot anyways using my Haitian ways. After all I had quite a few oranges. I could afford to waste some. 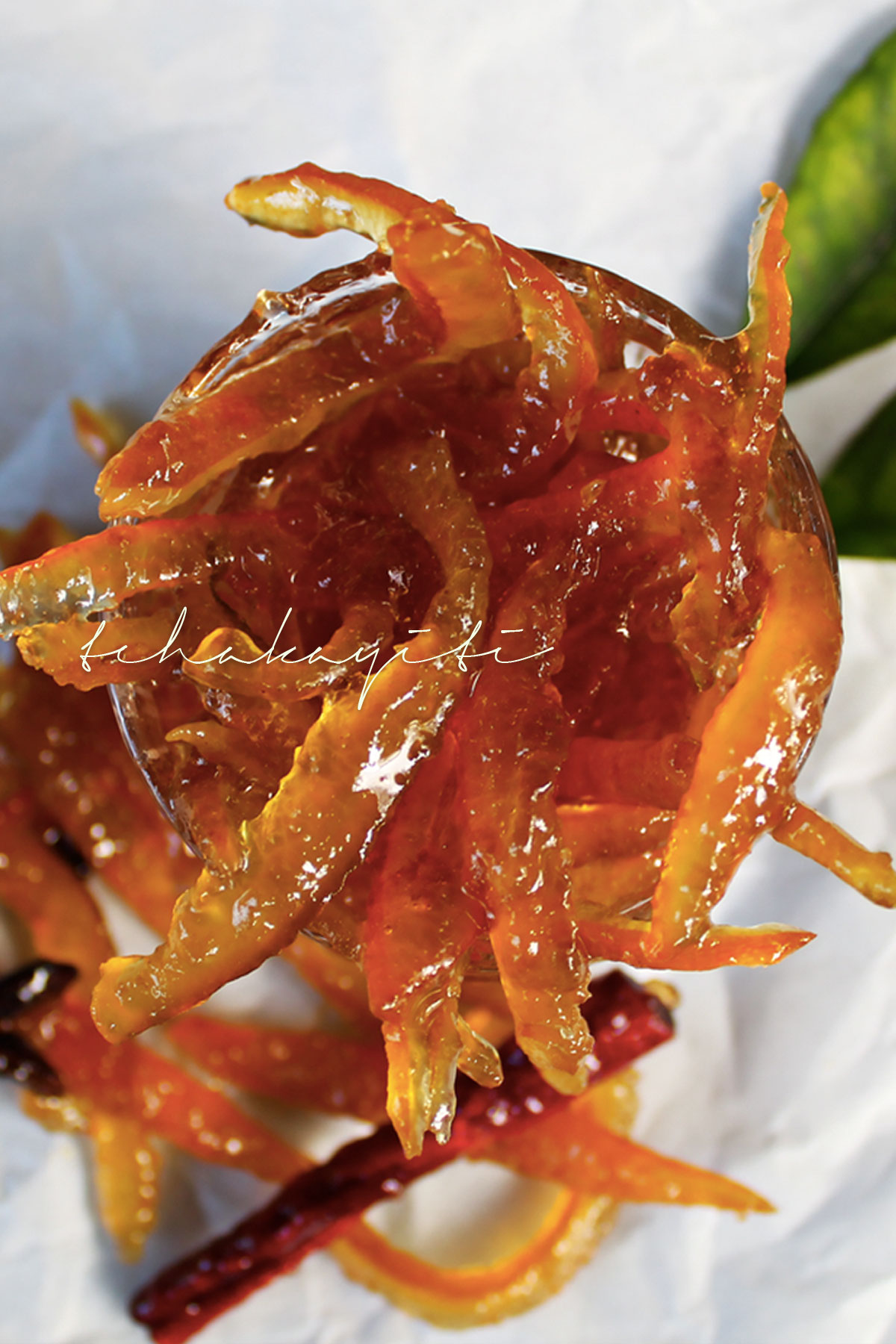 Luckily, I did not have to toss anything in the trash. That marmelade turned out to be a great use of those sour orange peels. It did retain a bit of bitterness, but nothing too overwhelming. And guess what? This sour orange marmelade pairs perfectly well with our mamba. 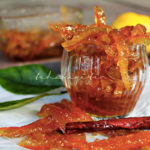 Made using the sour orange peel, this marmelade is just the right combination of sweetness and bitterness. It is easy to make if you have that fruit at hand. All you need is some sugar and cinnamon and you'll be on your way to a marmelade that pairs well with some peanut butter.

I toss the first cooking water so as to reduce the bitterness of this zesty peel. The use of the sour orange juice brings out the flavors, but you could also substitute some water if you wish.