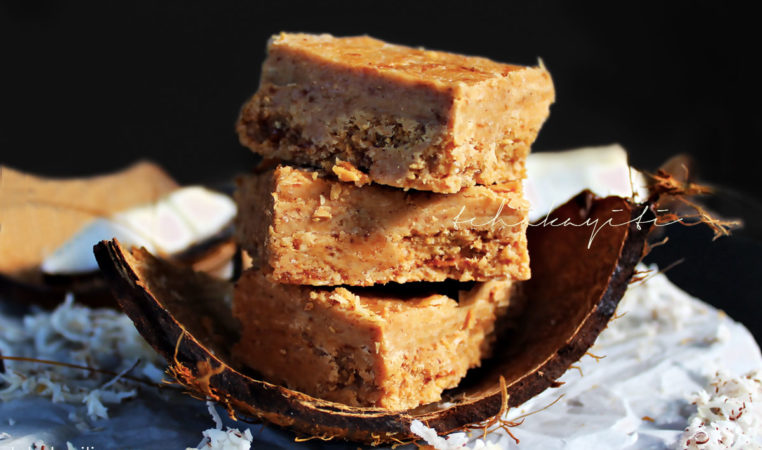 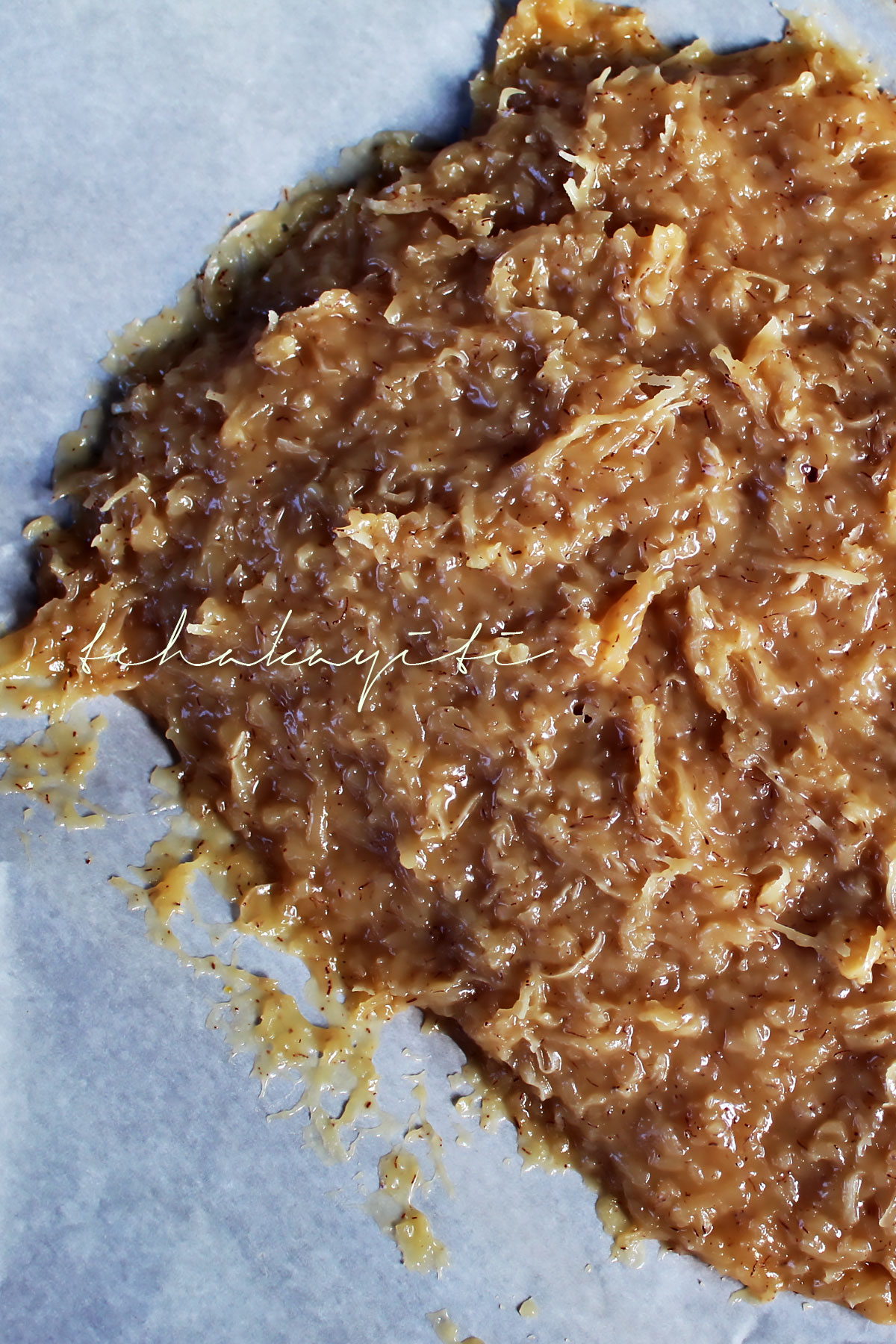 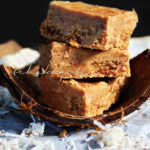 This is the second douce kokoye, Haitian coconut fudge, recipe on this blog. While the first one calls for coconut milk, this one includes a mixture of coconut milk and regular milk. The shredded coconut is a personal touch for texture purposes. Feel free to omit it for an unctuous fudge.

If you’d rather a toned down coconut flavor, this recipe is yours. However, if you want a pure coconut taste, I definitely encourage you to go for my other douce kokoye recipe, which is made using coconut milk and coconut milk only.

The longer this coconut fudge cooks, the more unctuous and caramelized it becomes, even if you include the shredded coconut.