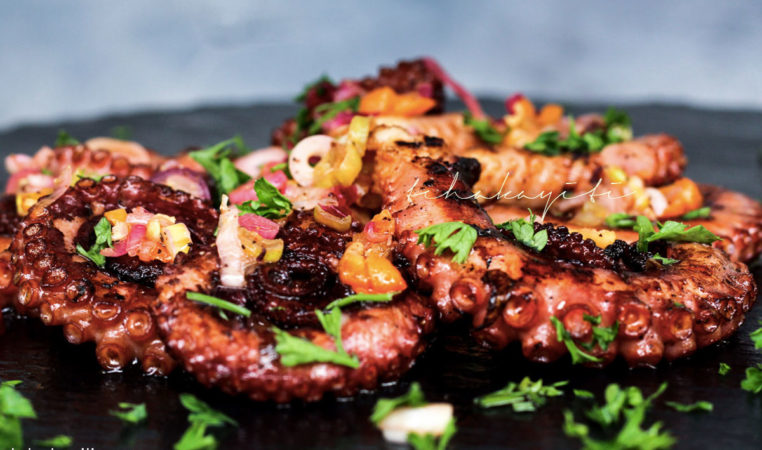 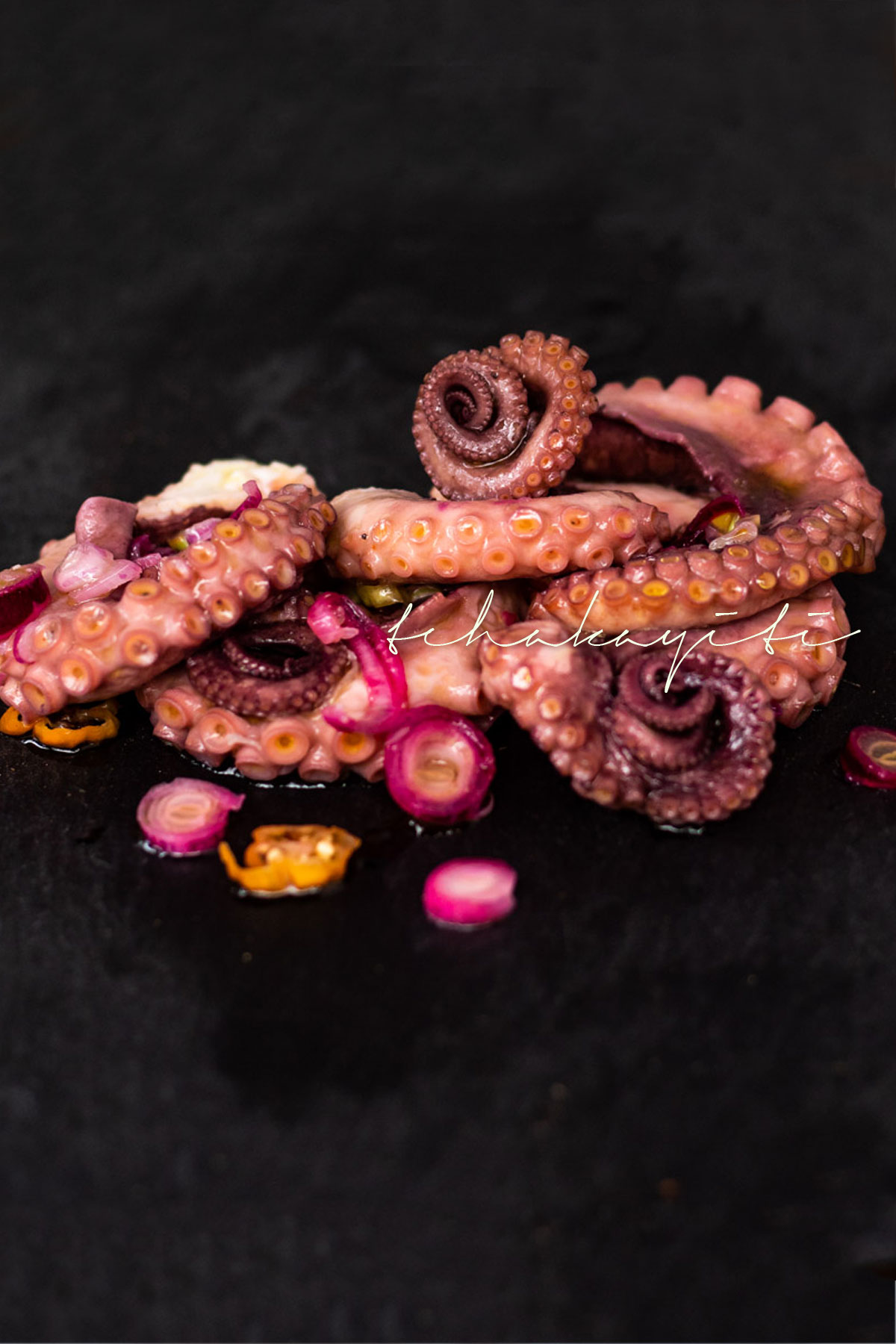 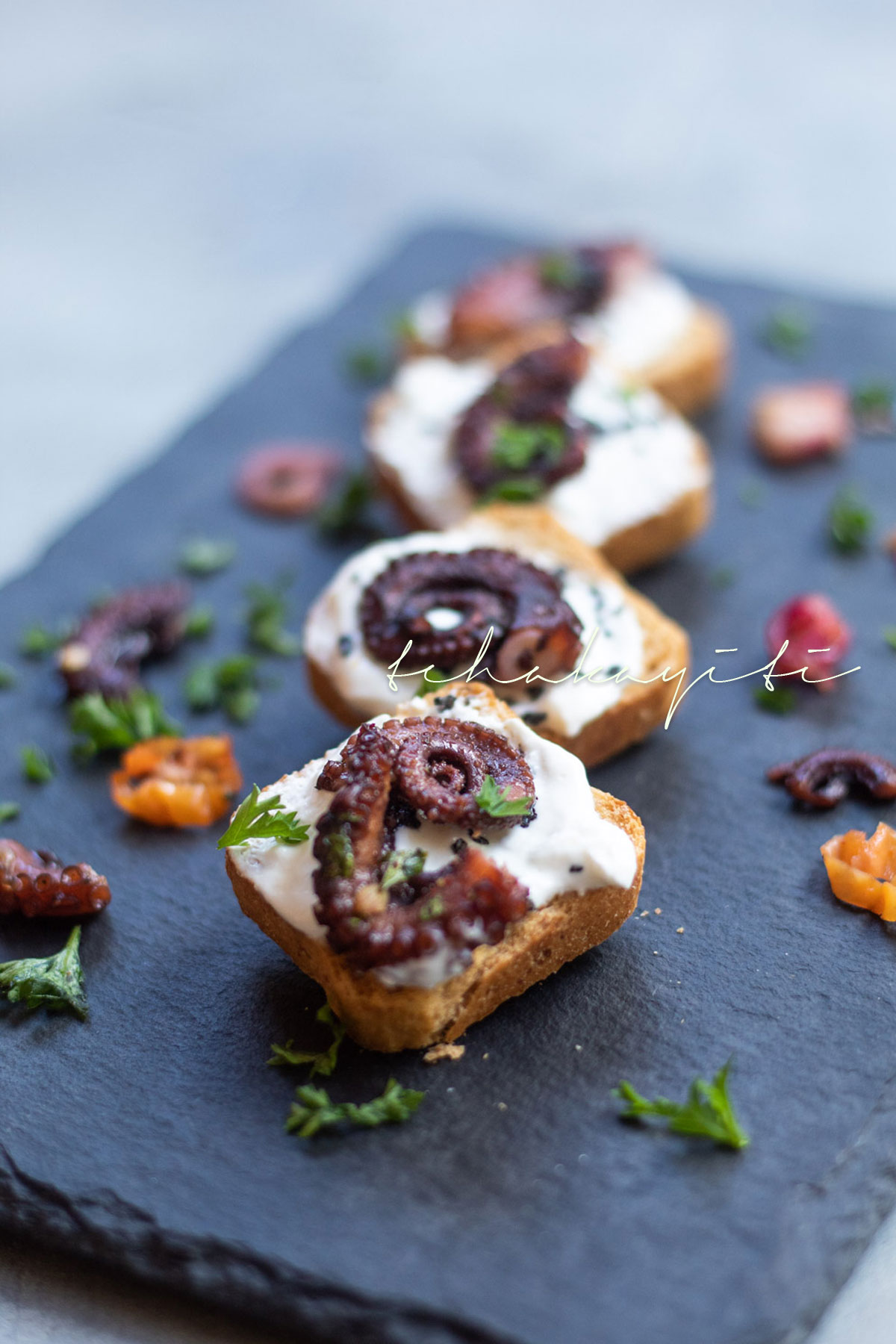 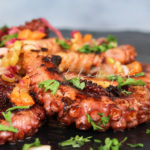 I used one medium-sized octopus for this recipe since I was serving it as an appetizer. Please feel free to adjust the seasoning to your taste.

For instructions on how to clean your octopus, head over this article from The Spruce Eats. Those are the directions I followed,.