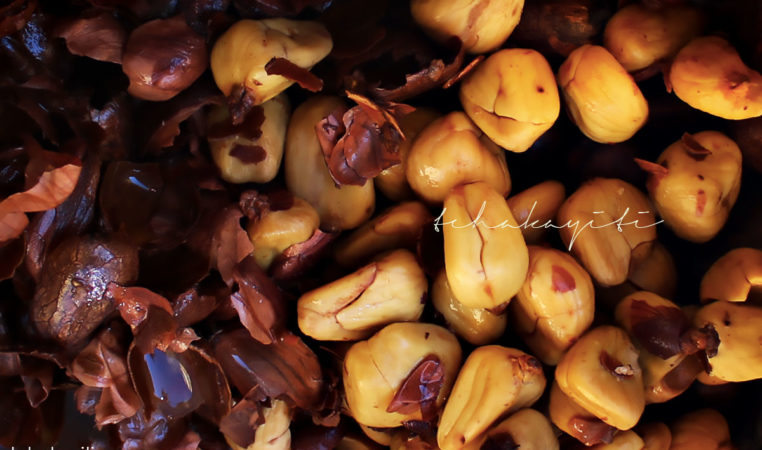 When I was younger I was a bit obsessed with the idea of keeping my hands clean at all times. As a consequence, I avoided eating anything that required the use of my hands or fingers. And with that, I rejected a lot of food items including labapins.

Called breadnut, labapin is a breadfruit, from the lame veritable family, which is known in the French Antilles as châtaigne-pays (châtaigne are actually chestnuts). The edible part of this fruit consists of medium-sized seeds that we typically boil in salty water and eat as is.  We also sometimes add it to certain meats, particularly chicken. These seeds have both a thick outer shell and an inner thin membrane that is typically stuck on the fruit and can only be peeled by hand. You now have an idea why a clean freak like myself would avoid labapin in the past. 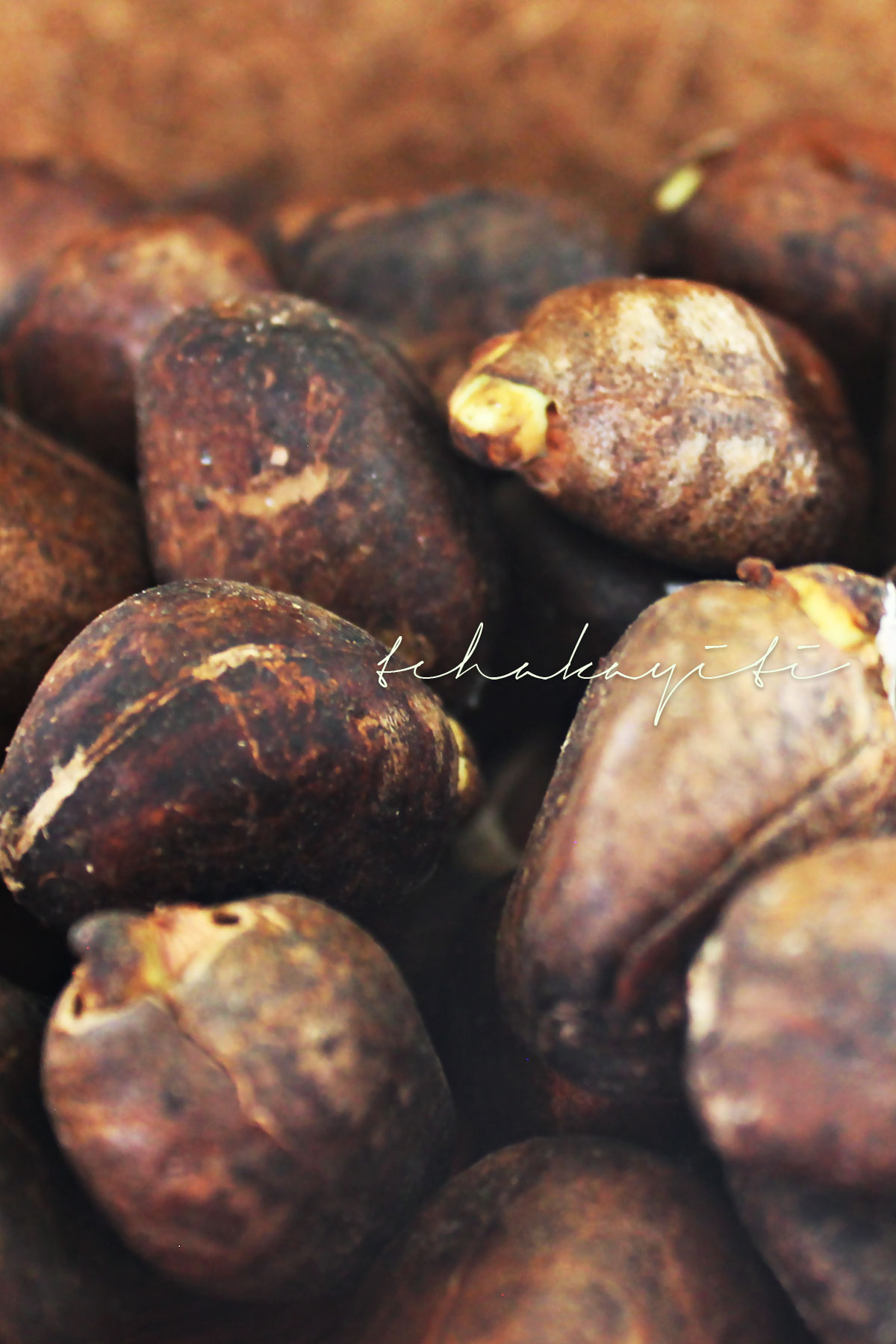 I refused to peel and eat this fruit until my late teens.

I just couldn’t stand the idea of digging in with my hands. That in itself was enough for me to not even think of it as being flavorful. I have high school memories of a friend continuously trying to convince me that labapins were worth getting one’s hands dirty. Her peeling method fascinated me. Somehow, she had mastered the art of removing the shell using just two fingers. She did so with such dexterity that only her thumb and index fingers got dirty; a method which she unsuccessfully tried to teach me.

Curious about how much she enjoyed eating and peeling this fruit, I let her convince me to try it. But I only ate them if she peeled them first. Time did its work, however. I slowly acquired a taste for this fruit, and repeatedly asked her to share some with me, but only after she peeled them of course.

Over time, this friend got tired of always having to peel labapins for two. After all this meant it would take her longer to satisfy her hunger for this fruit. She thus adopted a new tactic with me.

She only offered me labapin if and only if I took it upon myself to peel my own batch.

That’s how I started giving in. I made an effort to give up on my clean freak tendencies and embarked on the peeling adventure. I learned to appreciate labapin’s mildly sweet flavor, which I think is pretty similar in taste to canned garbanzo beans. Most importantly, I started peeling them on my own without making too many faces. I slowly discovered the joy of putting the whole thing in my mouth before peeling it to suck out the salty water as well. I did so even when it actually meant I would get saliva all over my hands, and idea I typically hated. The sweet and salty flavor was simply too tempting for me to give much thought into the process.

But don’t be mistaken!

I only took out the shells if I was sure I would be able to thoroughly wash my hands with water and soap!

Today, I can proudly say I am not such a freak anymore. I don’t even think about it when I dig in to join what has become a race to see who will eat more labapin before it’s all gone at my house. And even when I am elsewhere, I don’t necessarily look for soap and water beforehand. I use all five fingers and sometimes even the palm of my hands, if necessary. Lapabin are worth it, in my opinion.

I don’t really have a choice, actually. At my age, no one would actually do me that favor like my friend once did. I should probably thank her for all those labapin peeling years, and for helping me discover this fruit, which today makes a great snack.