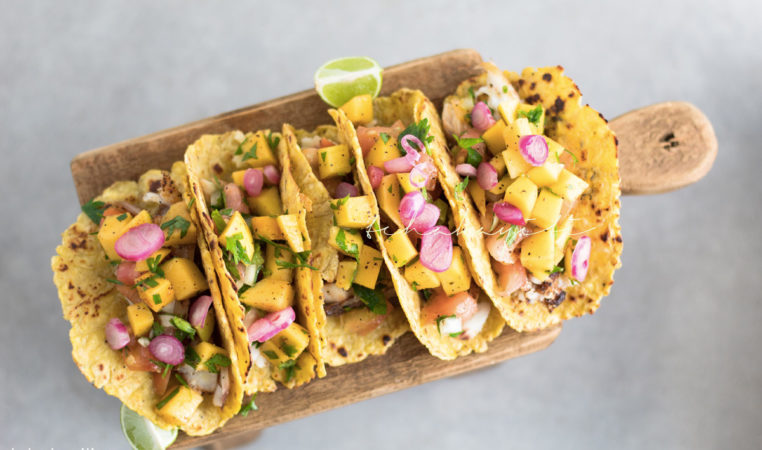 Just in time for Taco Tuesday AND Cinco de Mayo…

I know. Tacos and Cinco de Mayo have nothing to do with Haitian culture. The typical Haitian diet does not include such foods. That shouldn’t stop me from having fun preparing Haitian-style tacos, however. Though they’re not part of our traditions, we do eat our fair share of tacos here in Haiti. Plus, a few culinary explorations never hurt anyone. If anything, they help expand our palates.  Growing, experimenting, borrowing or, like the  modern world likes to call it, “appropriating,” open our taste buds to endless world flavors.

Except that I am not appropriating the latino culture. I am simply borrowing some of its traditions as an inspiration for my culinary adventures in my very Haitian kitchen. Most, if not all, my fillings are Haitian inspired.  As you will notice, once you embark on this journey, the shells and tortillas below pair well with Haitian toppings. For an explosion of flavors try them filled with griot or conch topped with some pikliz, and my favorite spicy mango salsa recipe which will brighten them up. To add more colors, swap purple cabbage for the regular one in the pikliz, or finish with some brightened and pickled shallots.

If you’re feeling even more adventurous, try them with my blackened fish and their pineapple salsa or my  spicy garlic grilled shrimp and their rum sauce. Just set your culinary creativity free so it can come to the surface. The great news is that, when it comes to tacos, the possibilities are endless.

Last year marked the beginning of my Haitian-style taco journey.  It all started with some breadfruit taco shells.

I had come across a few pictures of crispy breadfruit tacos, none of which included recipes. Unable to tell whether those publications were real or not, I decided to try making them myself. Turns out breadfruit tacos are possible. The proof is below and in the instructions I share in my How to make breadfruit taco shells article.

That success put me on a taco high. A few weeks later, I turned to our most versatile snack: kasav, cassava bread 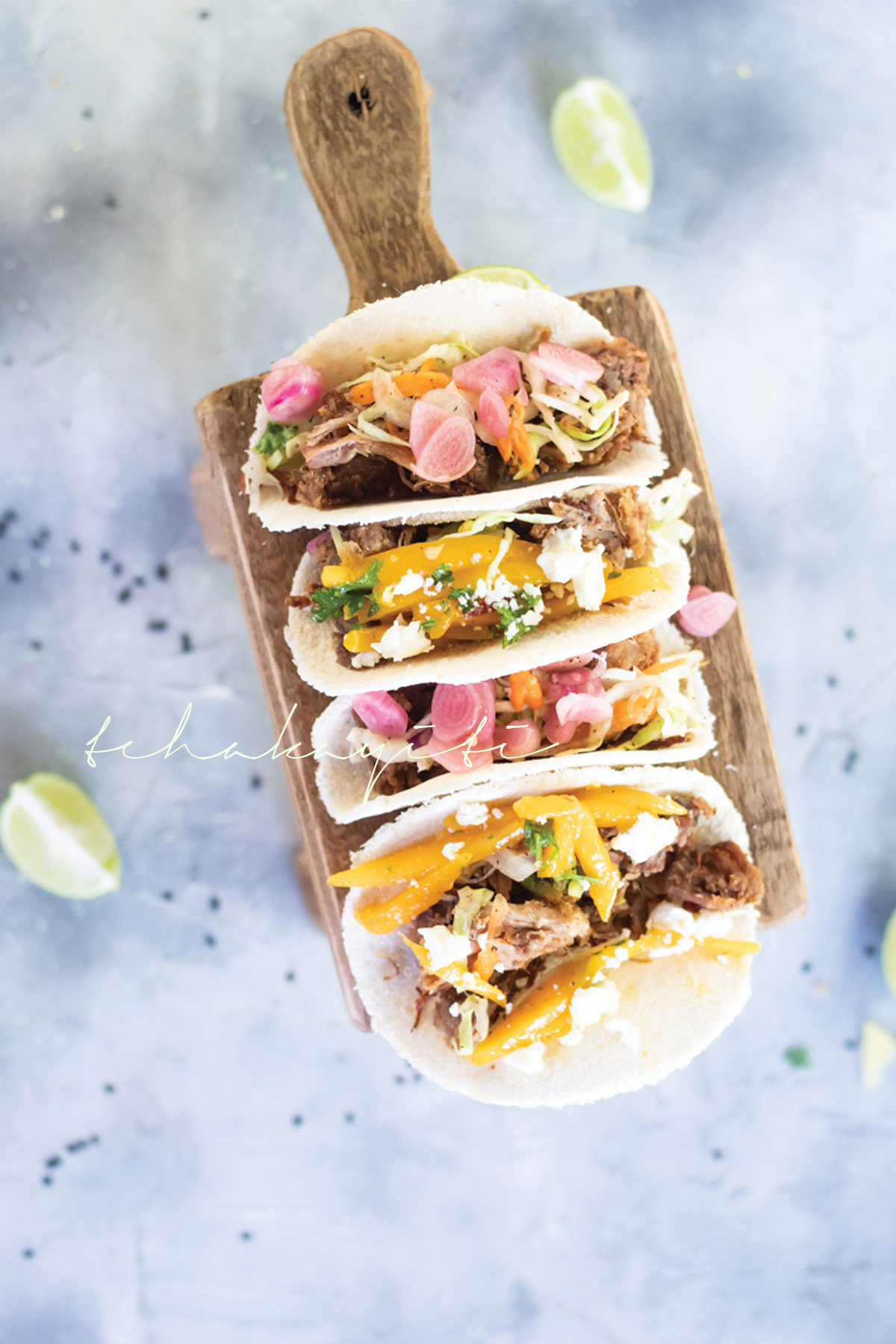 With those, I embarked on a soft taco journey. Having had Belladeres cassavas that are soft and pliable before, I knew some cassava varieties could do the trick. These exact kasav are not sold in Port-au-Prince, however. I had no one coming from Belladeres that week. I, thus, settled for small cassavas from Saint-Marc, city in western Haiti, which also produces soft cassavas.  You can find out more about these by clicking here.

As if these two adventures were not enough, this year, I gave in to plantain tortillas. 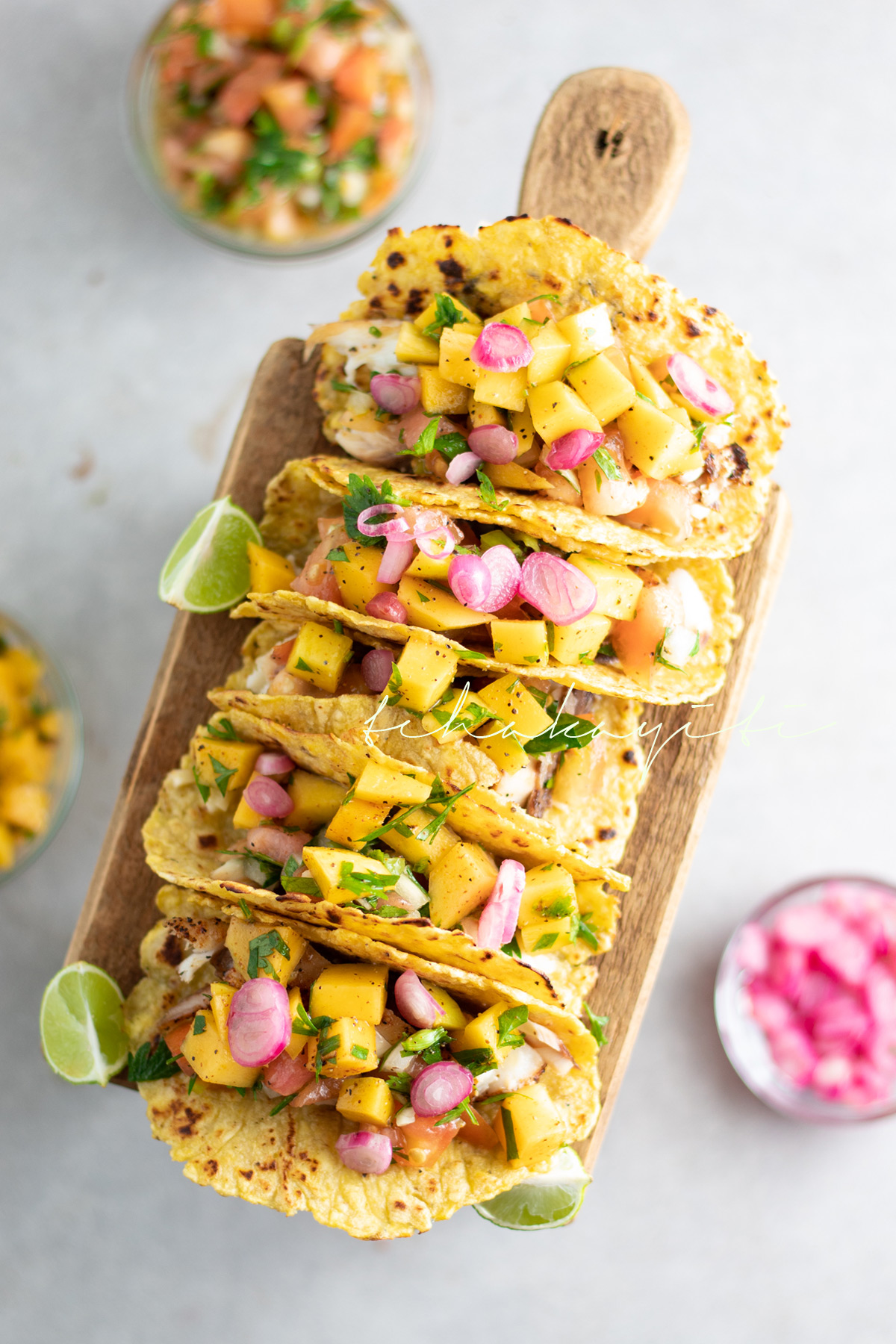 I had no idea I was making plantain tortillas until I came across Tasty Yummies’ recipe. I didn’t even know such tortillas existed. It intrigued me that her instructions only called for plantains, seasoning and water. I was dubious that they would hold. Since we always have plantains at home – Haitian eat plantains daily and we grow one too many plantain trees in our yard, which you can read all about here, – I decided to take the plunge.

I prepared mine twice, tweaking my ways a bit. The first time, I peeled and boiled my plantains without slicing them, and let them cool completely before attempting my dough. My second attempt turned out to be a better method.  I believe it to be more full proof than the first. That second time, I followed the instructions. I sliced my plantains in thick chunks and boiled them peel on. I mashed those chunks while they were still warm, which made the mashing process easier. The resulting puree came together quickly without needing too much additional water. I seasoned with the suggested salt and lime zest, while adding some garlic and cayenne to the mix.

Come rolling time, I had to improvise.

Since I don’t own a tortilla press, I used the tools I do have at hand: a small round dessert plate and a rolling pin as you can see on the video I posted on my IGTV. The dessert plate helps the balls retain their shape, making it easier to obtain round tortillas.  As for the rolling pin, it helps flatten the dough so it is thin enough for folding. I toasted those tortillas, as suggested, on a flat seasoned cast-iron skillet.

These plantain tortillas have now entered my kitchen. I anticipate more adventures with these light almost airy tortillas that taste healthier than their flour-based counterparts. They may not be filling, but they’re neutral enough to allow different flavors to come out more than they would with other types of tortillas.  The adventures above are how I ended up jumping on the taco bandwagon, from which I am not getting off anytime soon. I am determined to keep going. I already plan on trying some soft breadfruit tortillas.