Nostalgia comes in many forms. Today, that feeling takes me down memory lane to a fresh catch of grilled sardines.

Though I live on half an island, I haven’t dipped my toes in the ocean in over three years. And I miss salty water more than words could possibly begin to express. I also long for the adventures that come with a weekend spent on one of our coastlines.

Fishermen set their nets and traps late evenings, and bring their catch on shore at dawn.

A few years ago, I had the chance to watch them at work. Back then, I sometimes joined aunts, uncles and cousins at their beach house in Grand-Goâve, a town outside of Port-au-Prince, in the southern side of the country.

We would wake up in the wee hours of the morning in hopes of catching fishermen as they accosted. They would often spill their catch of the day on the shore right before our eyes.

I remember the first time I witnessed that scene in awe. I had never really seen freshly caught fish right out of the traps before. Under the sun and on the black sand – the sand in that part of the country boasts a dark shade, –  fresh fish make for a beautiful tableau. 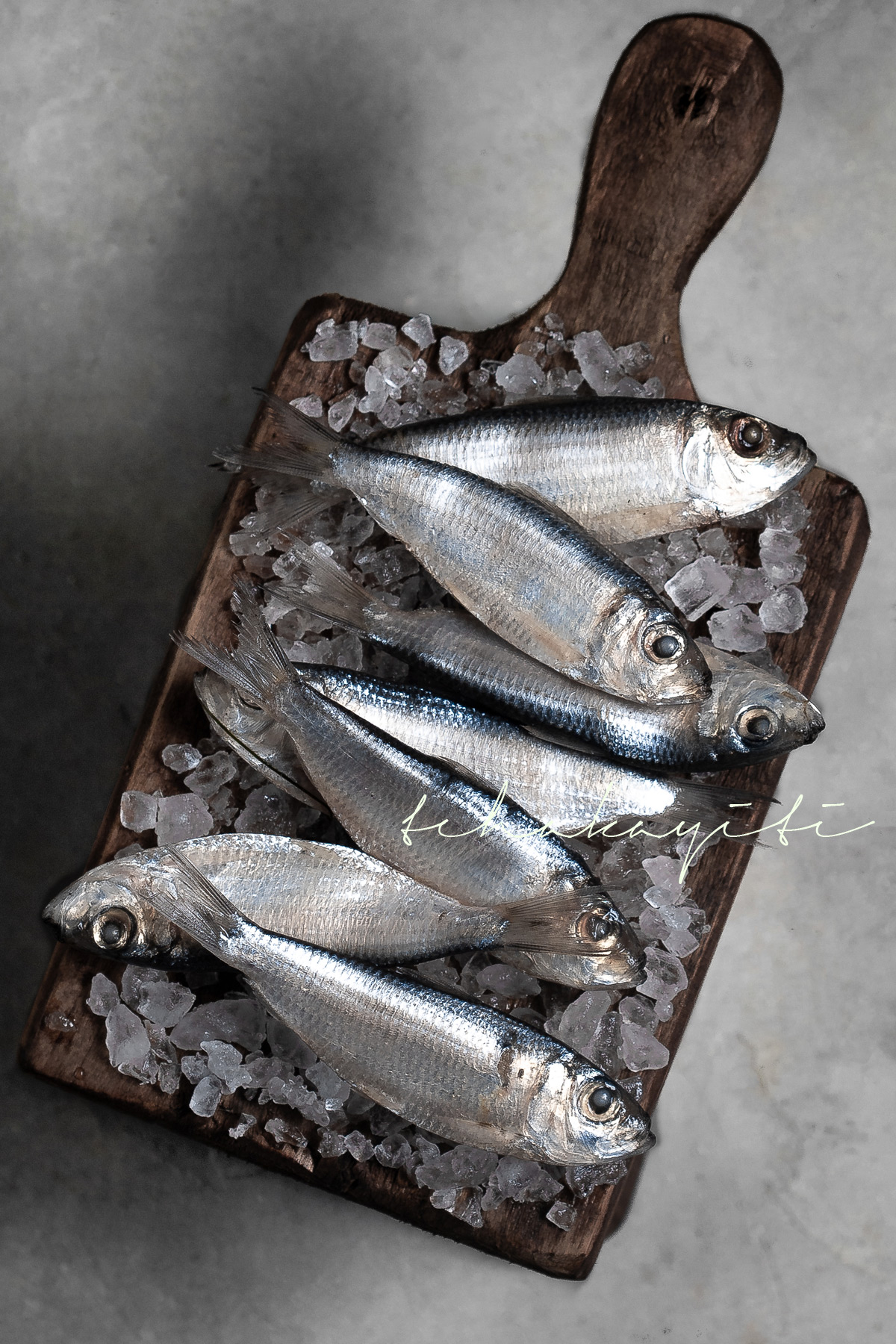 More often than not, the fishermen’s catch consisted of fresh sardines that sparkled as they got sun-kissed by the early morning rays.

While I admired their skin’s dance with the sun, I couldn’t help but wonder what the fresh flesh tasted like.I had never had freshly caught sardines before. My version of indulging in sardines only involved the canned version, which we ate either slightly cooked at breakfast or at lunch in a sardine sandwich. At the time, I was not a fan. Seeing the fresh fish, however, intrigued me.

To satisfy my curiosity, one morning, my aunt introduced me to fresh sardines grilled.

Sardines, fresh or canned, are often served at breakfast in Haitian households. True to our culture, that morning, we had freshly caught grilled sardines with boiled plantain. Drizzled with a lime hot sauce, the fish made for an unforgettable experience. A lasting one, which led to my grilled sardines at home adventure a few weeks ago. 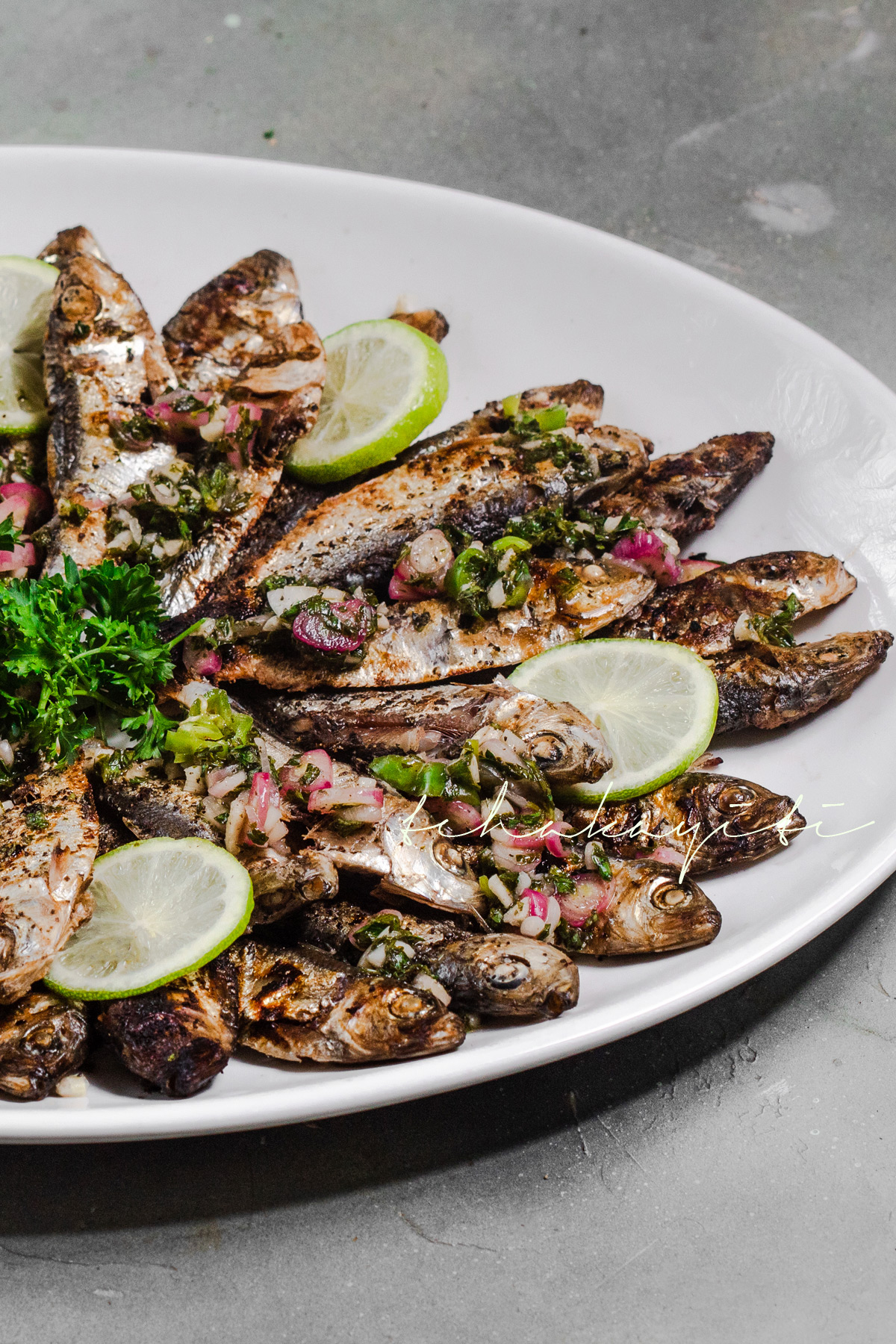 Except that this time, we opted for grilled sardines at dinner.

We grilled the sardines slightly seasoned with salt, pepper and olive oil on charcoal, and served them with a lime infused sauce ti malice. They tasted almost as they did back on that beach in Grand-Goâve. And I couldn’t help but long for another beach escape. 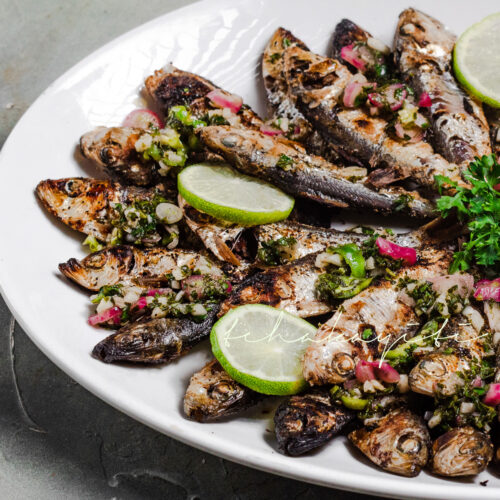 These grilled sardines are quick to prepare so long as your fish is already scale free. If not, be gentle removing the scale so as not to tear the delicate fish.The recipe for the zesty habanero ti malice sauce can be found here on the blog.
Print Recipe Pin Recipe
Prep Time 30 mins
Cook Time 45 mins