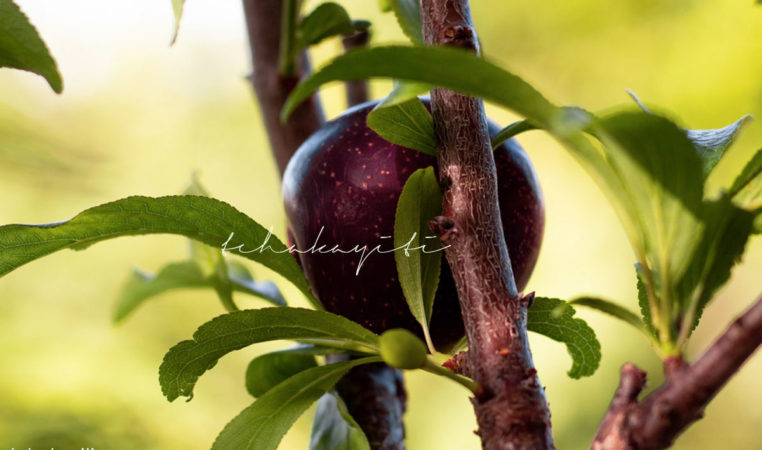 I first published this plum article four years ago on August 6, 2015. The 2019 update includes a few text edits,  better pictures and a picture of the dozen or more fruits we’ve harvested this year. Here’s hoping the upcoming years will be even more fruitful.

With its melons, pineapples, apricots, corn and now quenêpes, this summer has been fruitful, thus far. There is absolutely no doubt about it. With that said, I am pretty sure you are wondering why I titled this article the way I did.

Why and how can a plum tree be stingy?

See, while most summer fruit trees are generous in their offerings, a certain plum tree in our backyard has been reluctant to let us indulge abundantly in its fruits. It’s no secret that a plum tree takes about 13 years before bearing its first fruits. Yet, I had to wait to turn 17 for ours to finally bear its first and only fruit: a small juicy plum. A small plum we each only got a tiny bite of since all six of us absolutely had to sample it. A small plum that left us wanting more.

I am not close to forgetting that first frustrating experience with that tree. That summer, we spent hours scrutinizing the tree in hopes of spotting at least a second fruit. We tried to be as thorough as possible in our search. Thing is, on top of being stingy, this tree is also good at hiding its bearings or carrying them on its top branches. An unripe plum is as green as a leaf. It is thus near impossible to spot a blooming one unless it starts ripening acquiring different shades of pink. 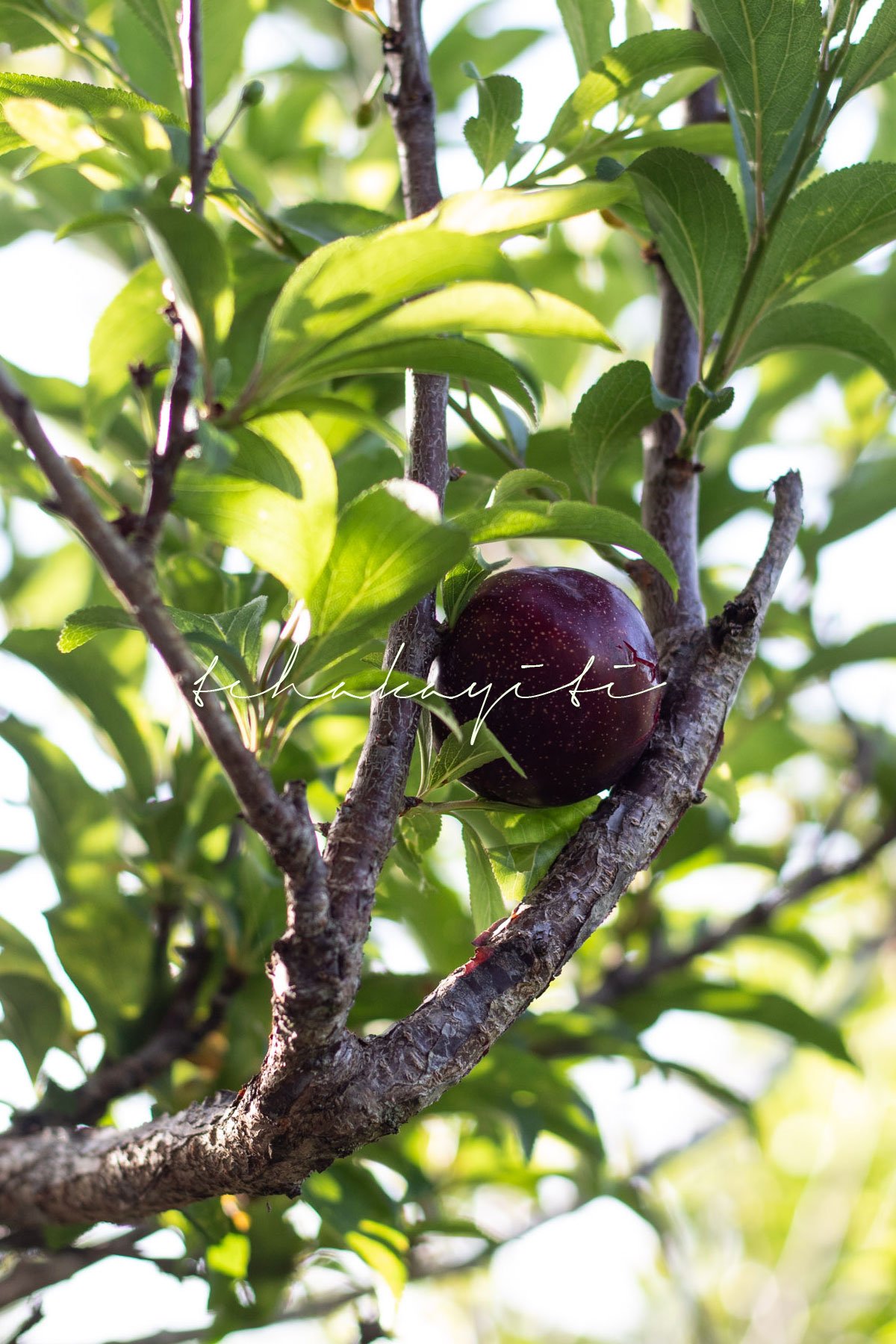 Though that first harvest was disappointing, we never lost hope. Year after year, we anxiously wait for the month of August to get there in hopes of a summer filled with dozens of our homegrown plums. It wasn’t until about two or three years after the first plum that that tree rewarded us with its most abundant harvest to date. Sadly, I was unable to partake in the feast that ensured. That frustrating tree had chosen to produce abundantly the year I went off to college. It was as if it had done it on purpose.

This tree actually has quite the calculating mind, if you ask me.

After that fruitful harvest, we also found out that this tree knows how to count. And it does so really well. When it does bear fruits, it only produces as many plums as there are people in our home. This means that, every year since the summer of 2005, we’ve only been reaping five to six plums tops. A genius plum tree, don’t you think? 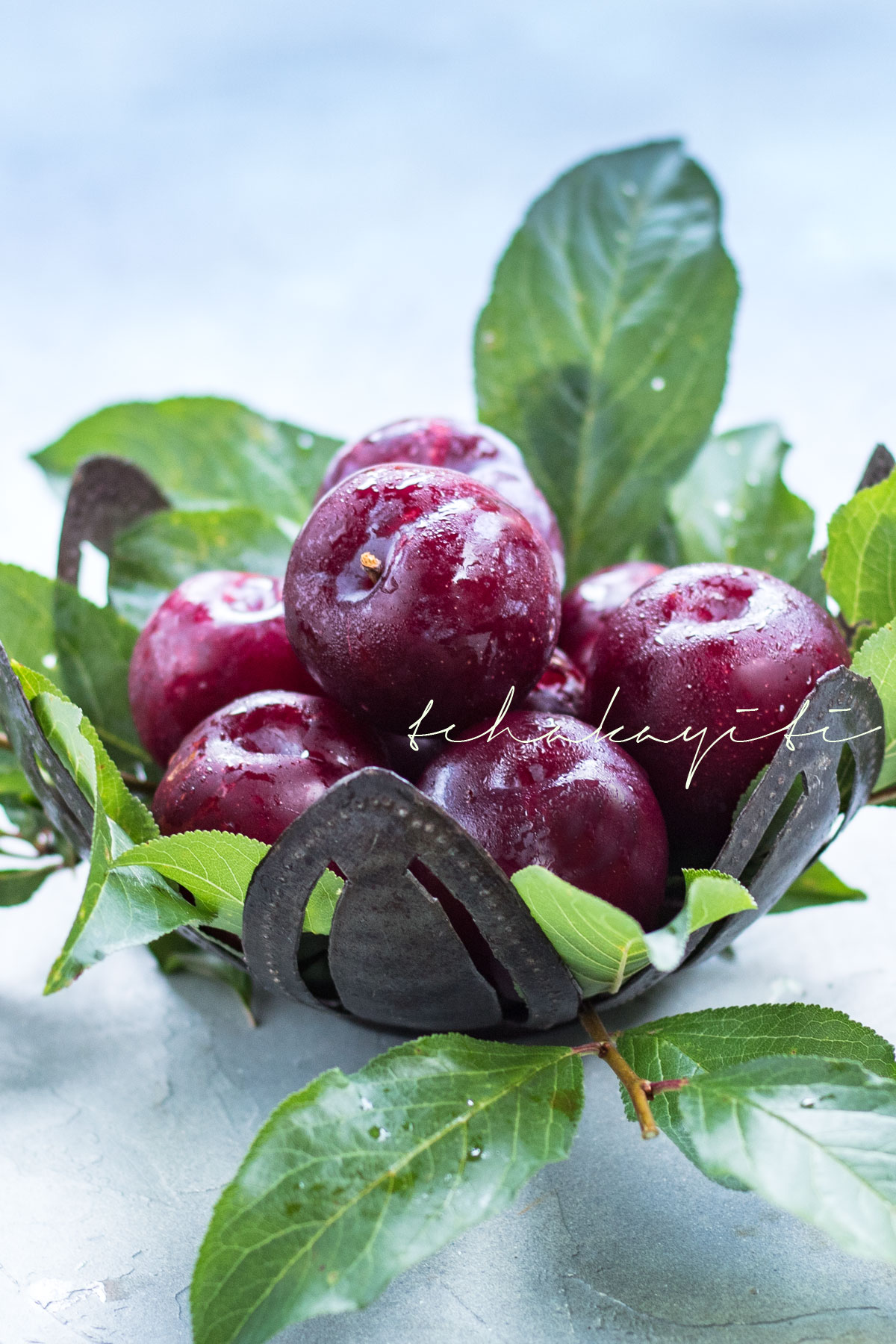 You now understand my love/hate relationship with this tree.

You might argue that we should be happy. At least this tree is considerate enough to make sure we each get to sample its bearings. Well, let me ask you this: how would you feel if you could only handpick one small fruit at a time every two weeks in a household of six? Would you take the first fruit that everybody wants to sample? Or would you take the chance of waiting about six more weeks for the last one while hoping that everyone else’s appetite will have been satisfied by then? Would you also pray that no bad weather would make it fall from its branch?

That is the tough question I am asking myself this summer as my brother who already got (most of) the first plum already has eyes on another one. Hopefully he’ll be off to college by the time another one ripens, but don’t tell him I said that. It should be our little secret. 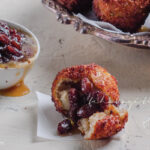 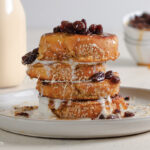