You are reading a Queen today, well a temporary Queen that is.

I found the fève (bean) in our Galette des Rois for the second time in two years. This victory did not go smoothly. In a friendly family competition, I was accused of cheating because I was the one to order the pastry. I couldn’t protest too much, for, throughout my childhood I was also convinced that dad cheated. After all, he was the only one to find the bean.

Year after year, my dad found the fève among the very first slices that he cut off the galette. For years, I was convinced he either had secret access to the back kitchen at the bakery or requested that they put a special mark on the spot where the fève was inserted. One year, we thought he had broken the moon shaped bean that was buried in the almond paste for we heard it scream under the sharpness of the knife as he inserted it into the pastry.

He had a special technique; well that’s what he led us to believe. He would turn the galette a couple of times on the plate while patting the top with the knife before choosing where to cut it. This tactic of his was always successful. Moon, small figurines, sheep found their way into his growing bean collection through the years.

I always loved the galette des Rois. We order one every year for Epiphany, on January 6th. 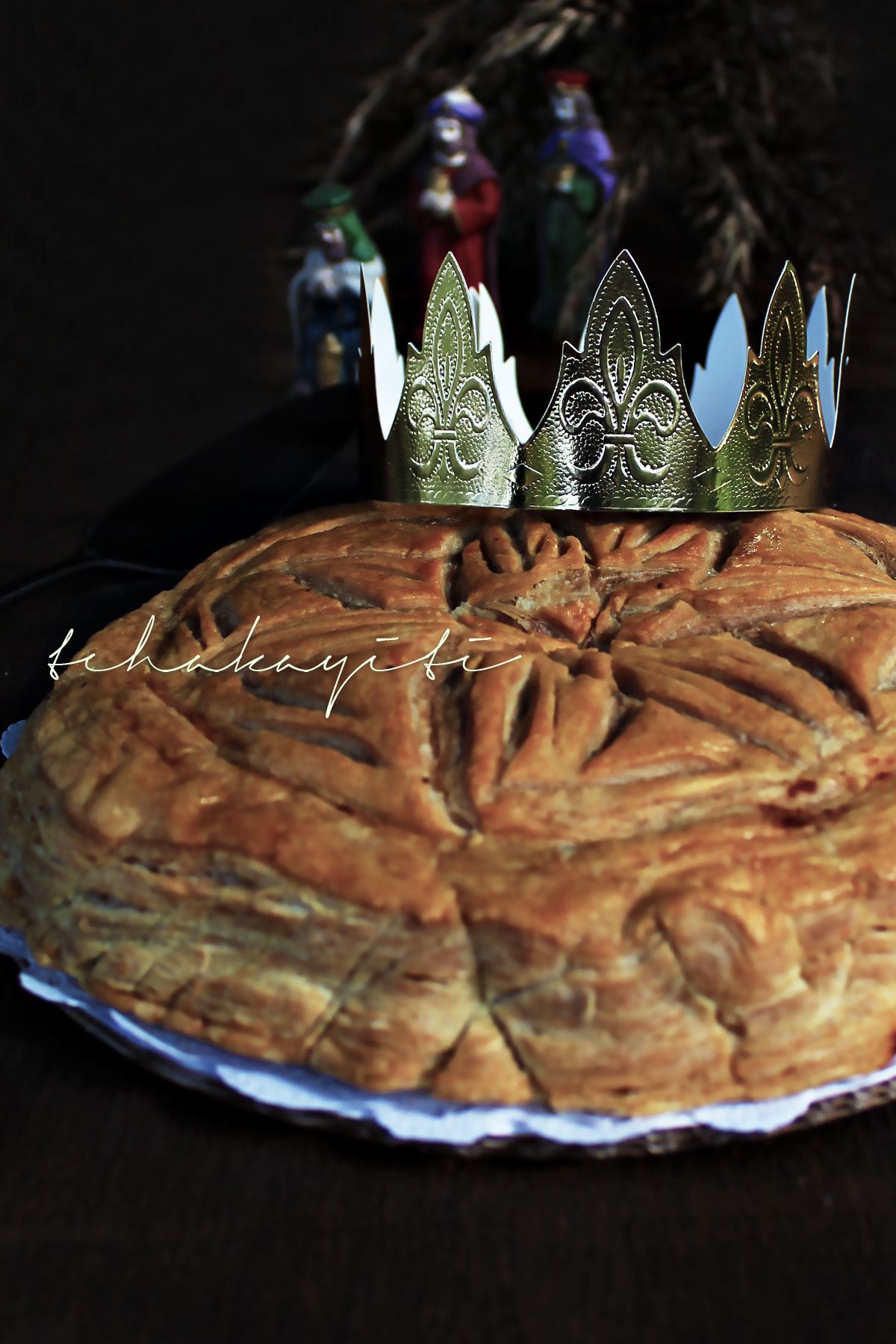 Ours are called “frangipanes” because they are filled with an almond paste. Tradition has it that a fève, or bean in English, is hidden inside the galette and the one who finds it is crowned king or queen. Certain cultures take it one step further. Such is the case in Louisiana where the crowned must bring a galette at the next gathering and so on until Ash Wednesday, which marks the beginning of Lent. From what I hear, we also had this tradition in Haiti back in the days, but I never knew this practice.

Though we may only eat one galette a year, I still thoroughly enjoy this day, especially on days like yesterday when I find the bean. I still remember the first time I was finally crowned. I am pretty sure dad snuck it in my slice right before serving it, but I won’t complain. I cherished this bean for a long time. It was a small-hat-wearing-pink-and-green-figurine that shined that I kept through the years. Today I am not sure where it is exactly but if and when I do find it I promise to share a picture.

Come to think about it, dad helped me cheat that first time, but this year, I am proud to say I won it fairly. I did not cheat. I did however switch slices with my sister at the last minute but don’t you dare tell her that. That’s not cheating, right? Or is it?

Oh, how I love our galettes des Rois. They always bring a fun atmosphere to our house. Plus they make an excellent accompaniment to my coffee on mornings like this one.

If you’ve never sampled one, I do hope you get this chance soon. You won’t regret it.