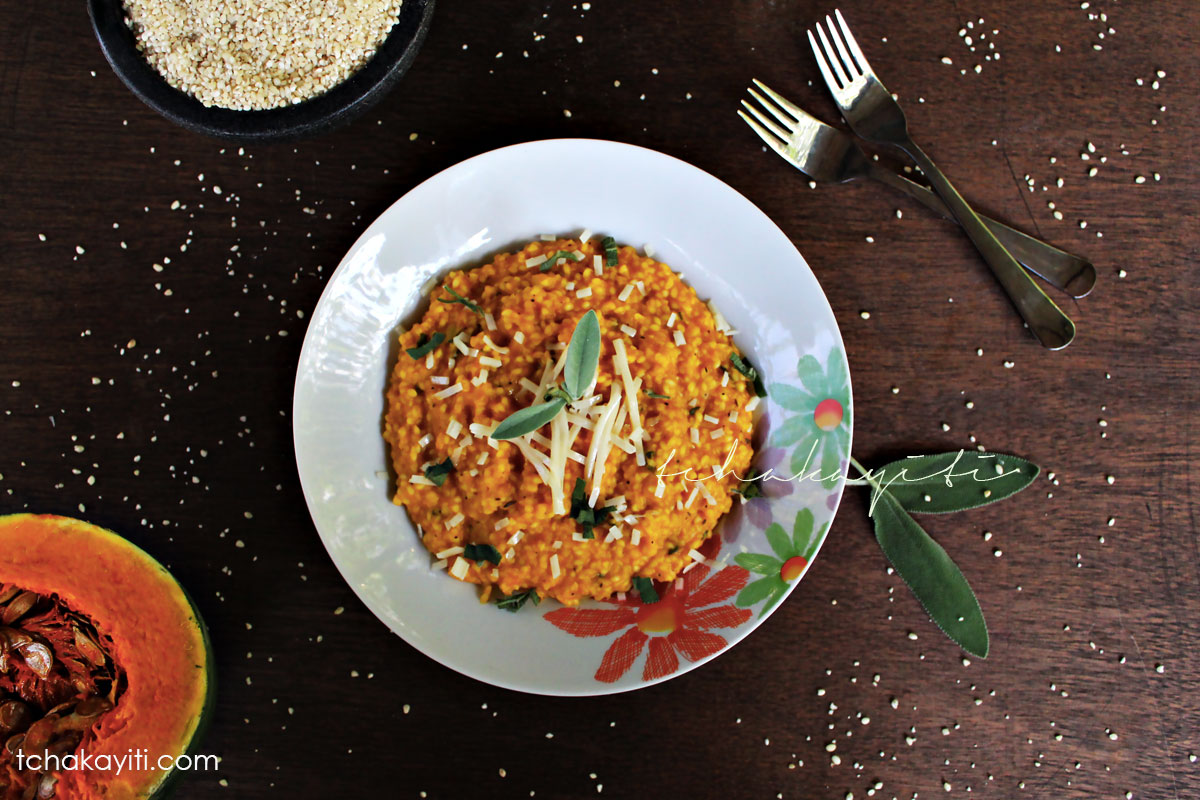 In my defense, we had just handpicked a giraumon in our orchard. It was sitting there, staring at me. It even looked a bit lonely and bored.  It was almost as if it was begging me to use it. But if I was to cut into it, it had to be creatively and, in a dish other than a soup. Okay, I admit, this excuse sounds far-fetched. A giraumon cannot speak to you. Unless you stare at it long enough, that is. But, that’s a whole other debate I shall leave for another day.

Let’s get back to my excuse for serving you a different dish from the one I promised.  We did have a freshly handpicked giraumon.  It did come from our backyard, our lakou lakay. But I am the one who didn’t want to eat it in a soup. I absolutely had to come up with a solution and quickly, before my mom got her hands on it. Speaking of my mother, she always told me the following:

You now understand that there is no way I could go out and buy some djondjon when I already had the perfect complement to my risotto in my own backyard. I had to oblige. 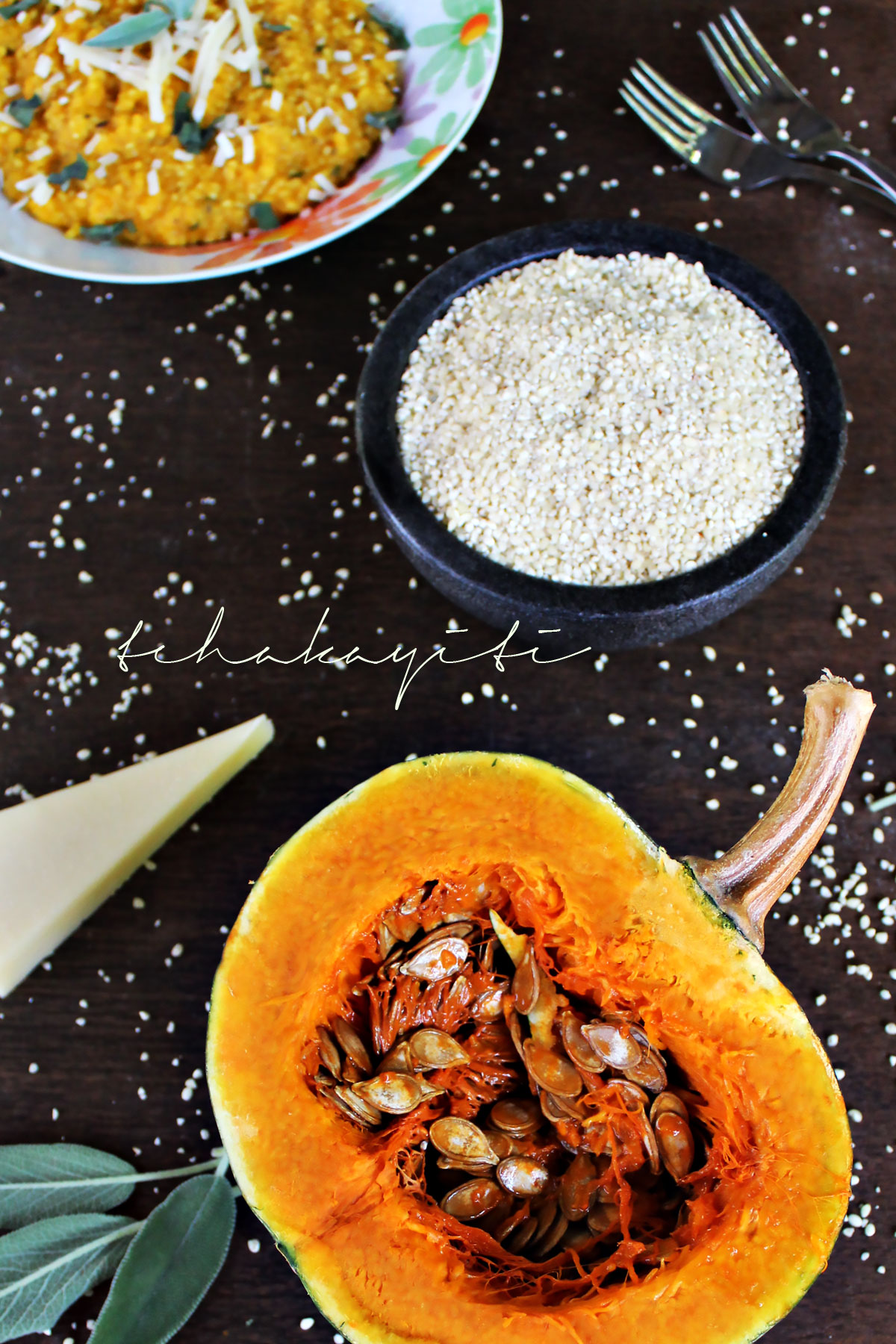 Now I know, technically, elsewhere, it is not pumpkin season. And I would have to wait another six months or so for a pumpkin recipe to get popular again. But, I live in the Caribbean. We don’t have that issue.  Our pumpkin variety grows all year-long. We thus do not have to wait till the Fall to indulge in its wonderful flavors. That’s one of the perks of our small corner of the world.

With that said, I chose to go the risotto route to test out the millet. I wanted to find out whether or not I would like it creamy since I often complained about its mushiness growing up. Turns out, pitimi is perfectly suitable for a risotto. It becomes velvety without turning into a mush. And the giraumon, wine, sage and parmesan complement it perfectly.

With both this risotto-style giraumon millet and my tabbouleh-style millet salad, I am finally acquiring a taste for this grain so many children in Haiti grow up hating. If only, Haitian parents revisited the way they serve it to their kids… Perhaps, then and only then, would we stop hearing so many pitimi horror stories similar to the one I shared with you, and to the ones some of my followers shared with me on Instagram. 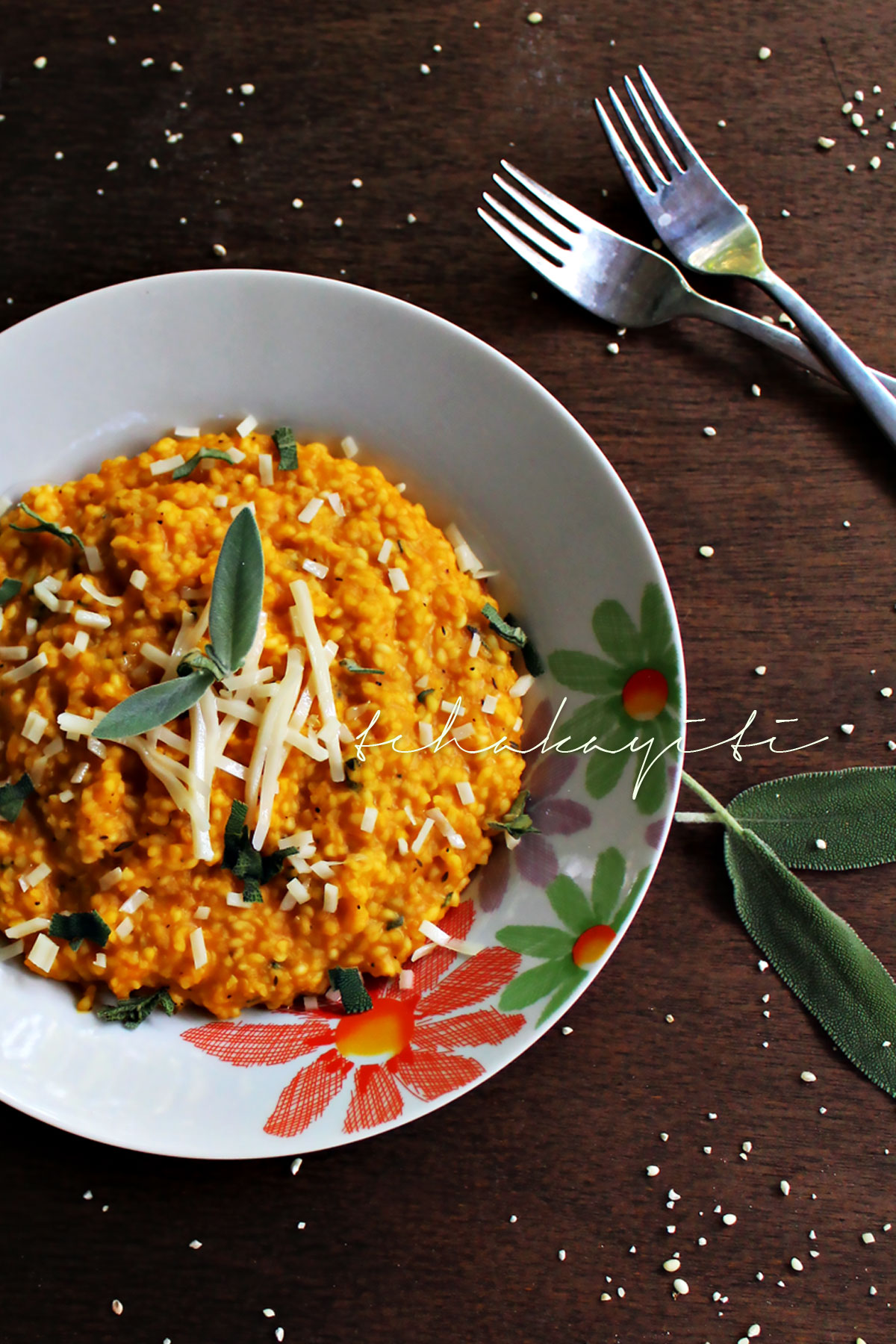 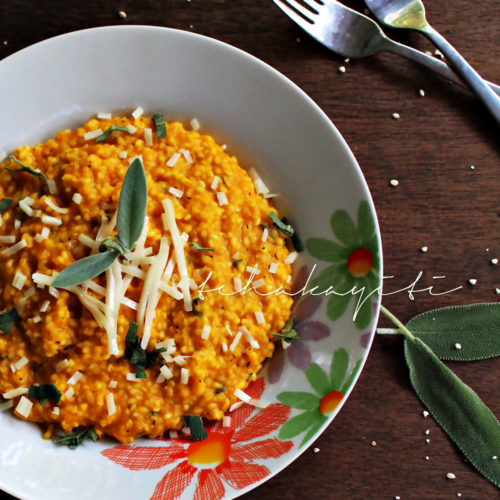 This is a base recipe, feel free to adjust the seasoning to your taste to make it your own.
Print Recipe Pin Recipe
Cook Time 45 mins
Cuisine Haitian