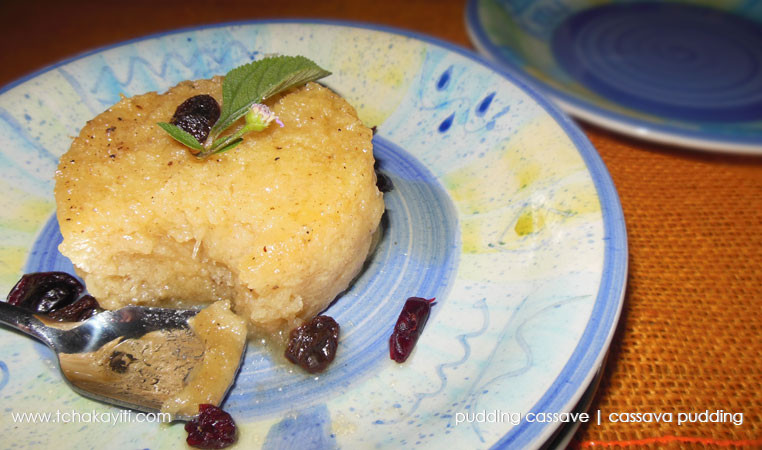 I discovered cassava pudding a couple weeks ago and really loved it. I actually combined 2 recipes because the one I was going to use originally required a bit more effort. Not only did it have too many eggs to my taste, but the eggs had to be separated, the whites beaten until they formed soft peaks…But let me spare you the details of how lazy I can get when it comes to baking and get right to the recipe… I used the simpler recipe but used the spices from the first version I had rejected. The result? A pudding with a smooth texture and just the right amount of sweet spices: cinnamon, nutmeg, ginger, vanilla, dark rum…I served it with a spiked caramel sauce found online, but the traditional way to serve it would be with a rum sauce. Seems like a lot to you? How about you give it a try and let me know what you think of it. And of course, don’t hesitate if you have a better recipe.

And if you want to find out more about cassavas read our Cassava article.