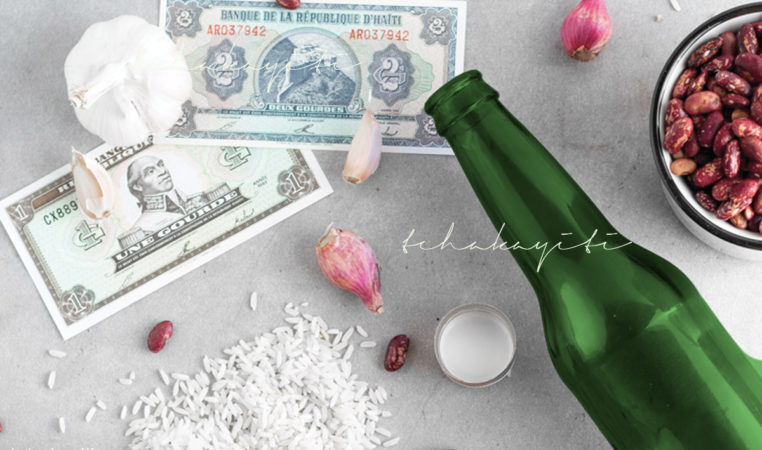 These are instructions I found in a recent edition of a Haitian cookbook. What in the world is today’s equivalent of “2 gourdes” of garlic? I myself still can’t quite figure that unit out. Such is the beauty of Haitian cooking.

Indeed, one particularity of Haitian cuisine is that we don’t always use well-established proportions, as mentioned in my presentation of this blog. Throughout the years, we have developed our own tools and units that, to date, still seem to work quite well for us.

At the street market, they sell rice, potatoes, limes, cherries, etc… by the mamit (re-used cans). A mamit for us comes in two sizes. The smallest one is a regular size evaporated milk can. And the big one is equivalent to an oversized can of tomatoes.

In the provinces, a godèt (in the city of Belladère), which is also called pòt in Lascahobas, is used in lieu of a mamit. From what they told me, these measuring tools are way more generous than the mamit. The street vendors always overfill them. But my theory is that the container is so small that buyers cannot be fooled. It is more difficult for the seller to stack bags at the bottom like it they often do in Port-au-Prince to trick buyers.

Fruits big enough to be counted, like oranges, grapefruits and other citruses, are sold by the dozen. Plantains, garlic, onions, fraises des bois are sold by the “lot” not by the pound, thank you very much! The size of the “lot” varies from one produce to the other. Somehow, street vendors seem to always agree on a predefined number of items in a lot for a given category. These days, for example, a small “lot” will have two plantains, and a big one three.

The traditional street butcher will not sell you the meat by the pound either. Rather, he will do it by separating the meat in pieces. Another popular measuring tool is the gloss lwil (oil), which designates a tall 4.25 ounce jar of capers used to sell oil.

A shot glass measures grilled peanuts sold on the streets. A traditional drink recipe such as that of cremas often calls for a “ti boutèy kola” (soda bottle) of alcohol… Even some medical instructions use this as a measuring tool. I can hear you saying:

– “but soda bottles come in all sizes, how can they be accurate?”

Well, a vast majority knows which bottle to use for these measurements. Old school bottles that are actually equivalent to 8 ounces – please note that I had to measure it for the sake of clarity for this article. 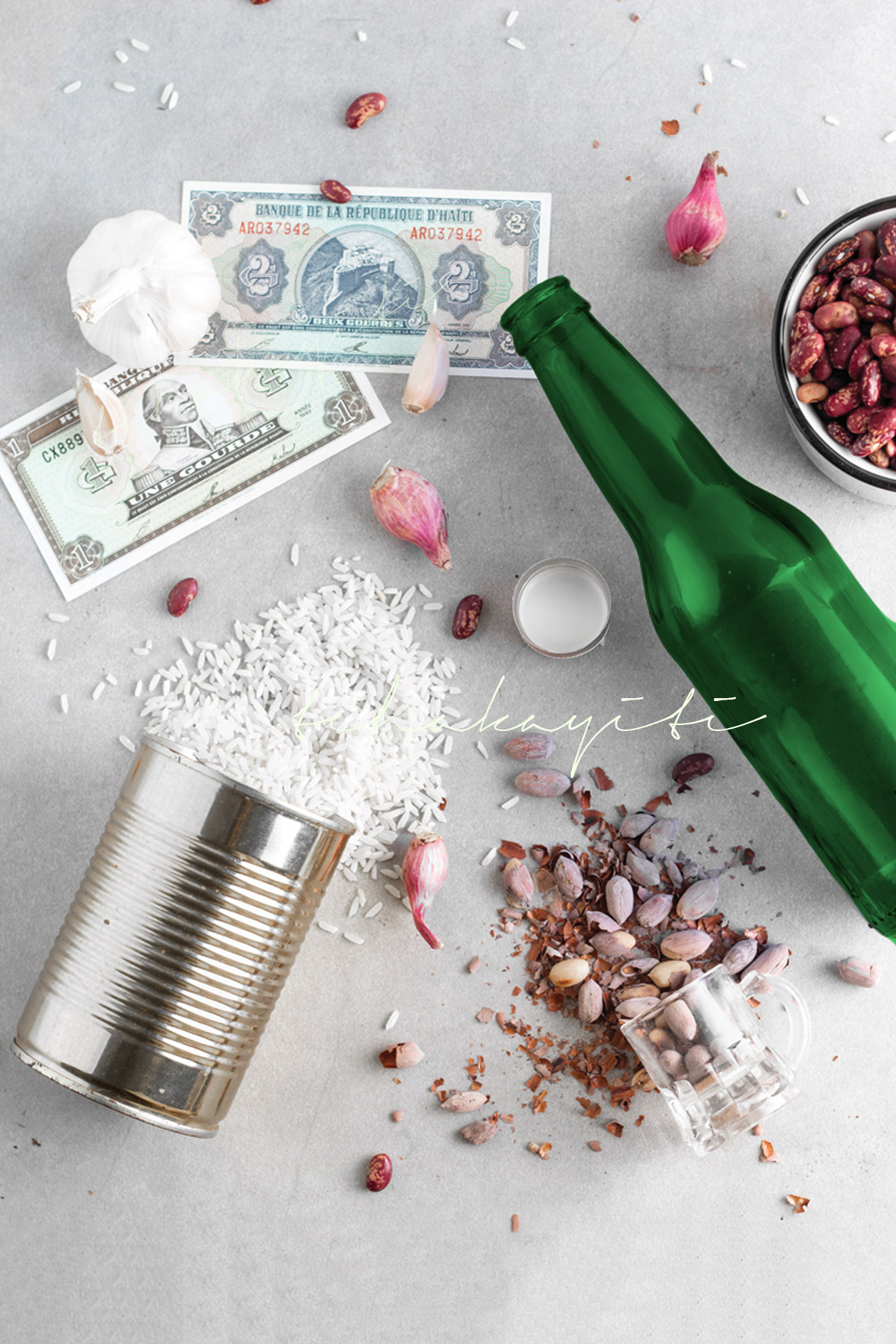 Rum bottles are another popular tool as well. Word on the street is that “3 ti boutey cola” (three small soda bottles) will fill up a rum bottle. Luckily, these are still somewhat standard on the market. Our traditional Haitian rum bottles have been the same size for years now. And somehow, you can still find an old soda bottle lying somewhere around the house, just like I did for this article.

Baking recipes call for a small box of cream or a cap of rum. Don’t try asking a street vendor for the right proportions for a Haitian beignet recipe or a pate kode recipe. That, they cannot tell you. They seem to be able to just eyeball it based on the consistency of the batter.

These cooking measuring tools are most likely the main reason why our heart and taste buds still remain our number one measuring tools in Haitian cooking. And that is the beauty of our local cuisine.

I first published this article on April 30, 2014. The 2020 update includes text revisions and new pictures.