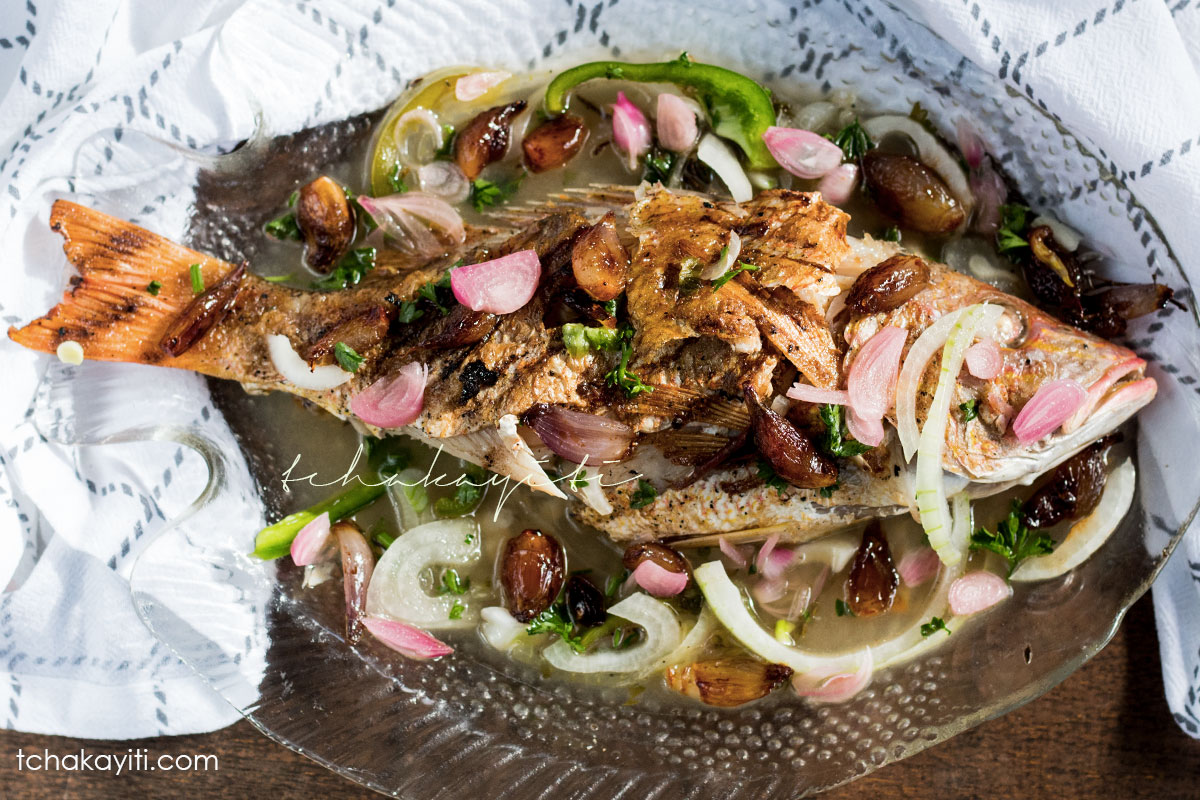 Raise your hand if you’ve accidentally cooked fish before without scaling it!

Yes, I just raised my hand. You read that right. I cooked a whole red snapper without getting rid of the scales.

In my defense, I had never had to scale a fish before.

The fishes I worked with in the past were always previously cleaned and unscaled. It didn’t occur to me that this would not be the case with every single one sold on the market. I did not think to scale my store-bought fish before seasoning it and cooking it. 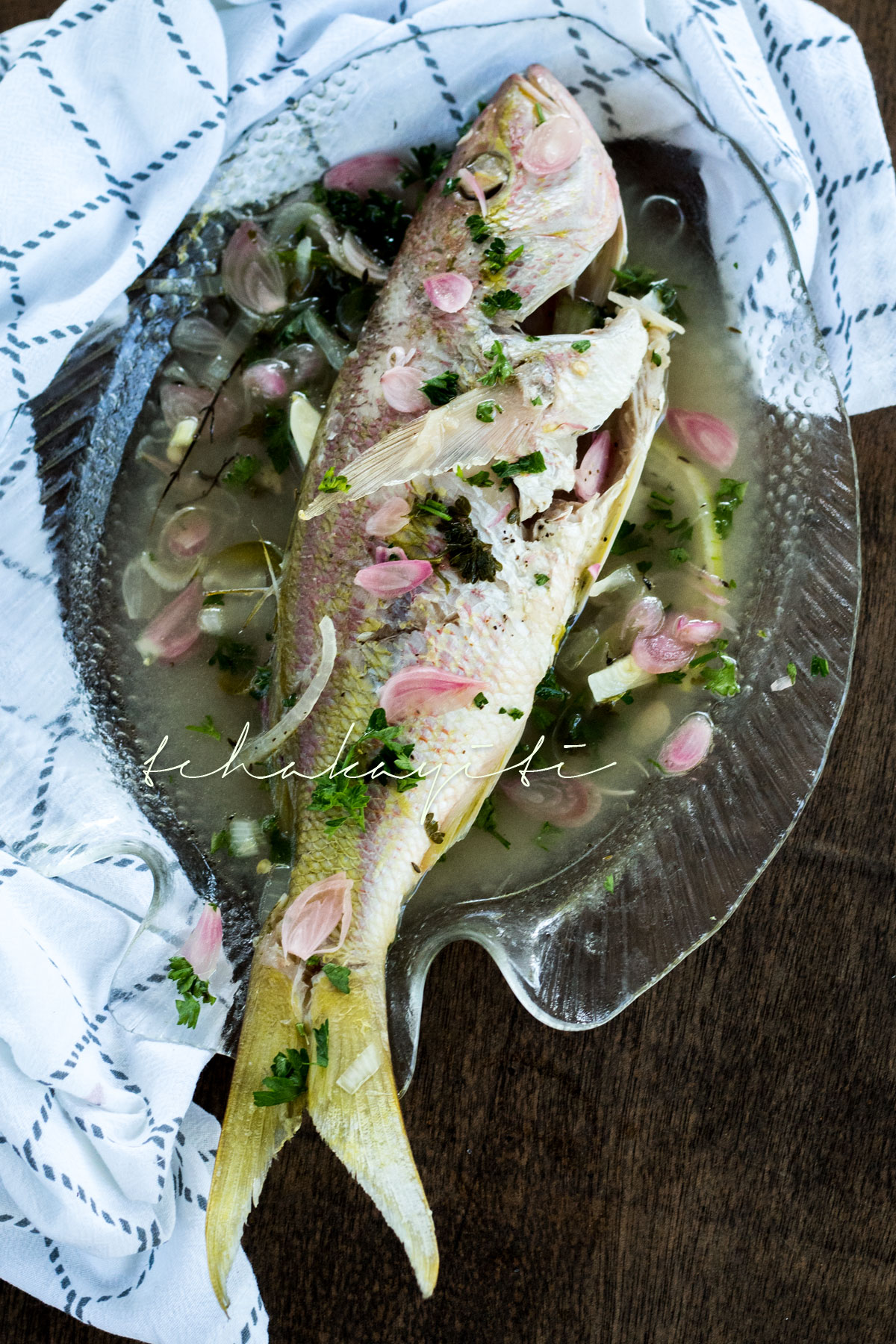 Oh, yes, it wasn’t until I had fully cooked it that I realized that my red snapper still had its scales on.

Needless to say, I panicked. Haitians do not cook their fish without cleaning it first. I was convinced this was the end of the world. My fish was ruined. Everyone would give me a hard time at the table. Luckily, there was an easy fix. As it turns out, it is possible to remove the scales after cooking. The only setback is that the cooked skin also comes off in the process. Some scales also still remain on the fish no matter how hard you try. I had no choice but to serve it any way.

All I could do was pray that the leftover scales wouldn’t bother my family too much. But I took comfort knowing that I still had one uncooked fish left. With my mom’s help, I was able to both have my first lesson in scaling fish and get my second fish ready for the grill. 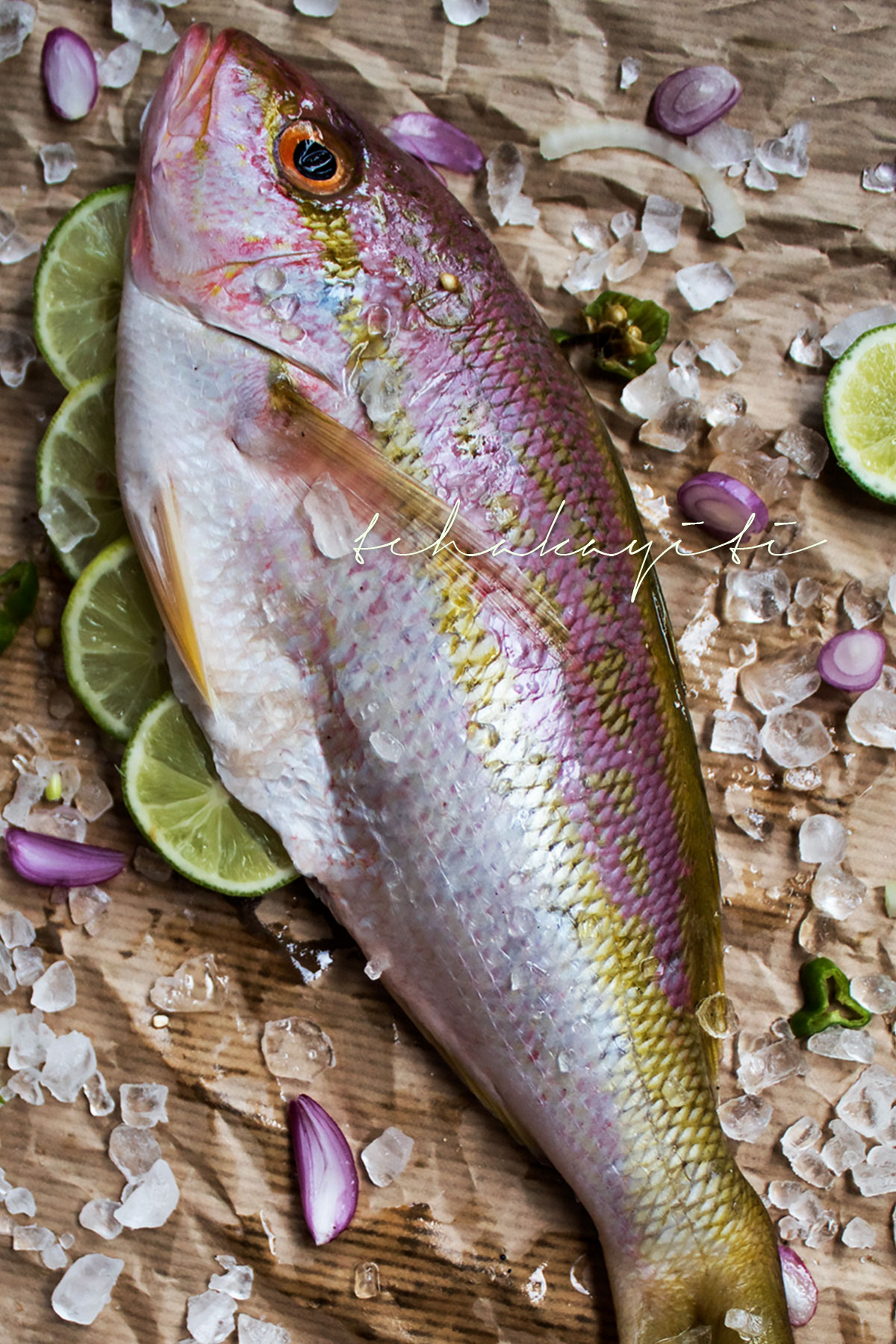 I know what you’re thinking. Grill? Isn’t the above picture of a fish cooked in a broth?

That is right. But I was not planning on sticking to just one type of cooking that day. See, for my poisson gros sel adventure, I had decided to cook my red snapper two ways. I would stick to the traditional rock salt, lime and piment bouc seasoning. But I would use different cooking methods. I would cook the first fish poisson gros sel style. This meant, boiling it in some water and using the released juices for a court-bouillon. As for the second one, I had set out to pour the court-bouillon over a grilled red snapper topped with caramelized shallots.

Even though I had partially ruined the first red snapper, I was not willing to give up on that plan. 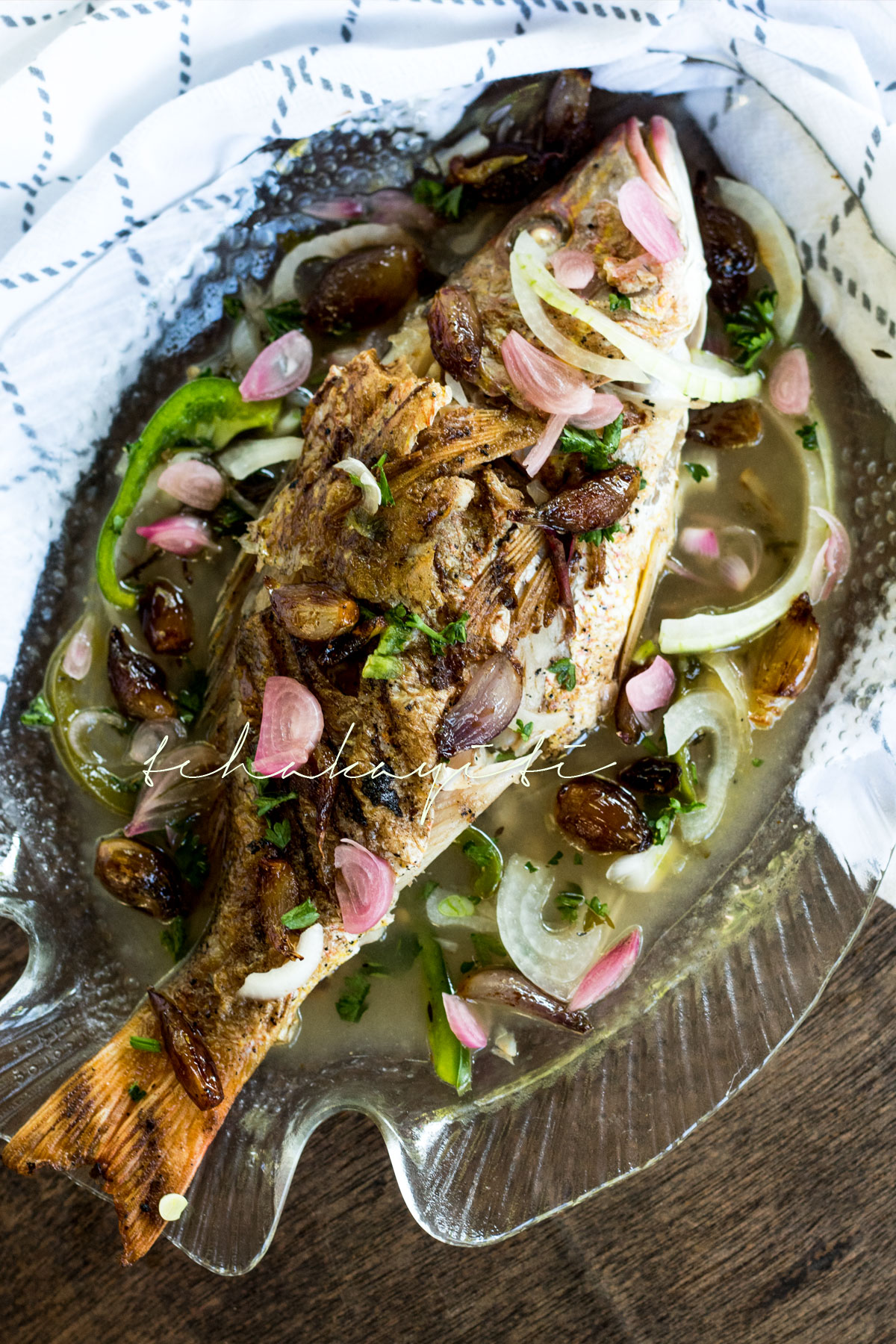 I was, however, worried that this would cause an argument at the family table. Logic had it that I should be the one to eat the unscaled fish. But I was eager to try the grilled fish as well. Surprisingly, that did not lead to a family argument. We managed to split it evenly so that all four of us were able to sample both fishes. And guess which cooking method won the taste challenge? My grilled poisson gros sel.

Now I know what you’re thinking. Of course, they would like that red snapper better. It was unscaled. Well when it came down to it, the grilled fish won the taste challenge because its flavors were bolder. Not because it had no scales. I attribute that difference in taste to the cooking method and the cooking method only. After all, I had seasoned both fishes the same way. Try it for yourself using the recipe below. I have highlighted both cooking methods. If you do try them both, I would love to know which preparation wins your palate over.

Poisson Gros Sel, a red snapper cooked in a court-bouillon with coarse salt, is a typical Haitian dish that is quite popular in many households on Good Friday (Friday before Easter), though we do it it throughout the year. The fish is cooked whole and served with plantains, a salade russe and rice. 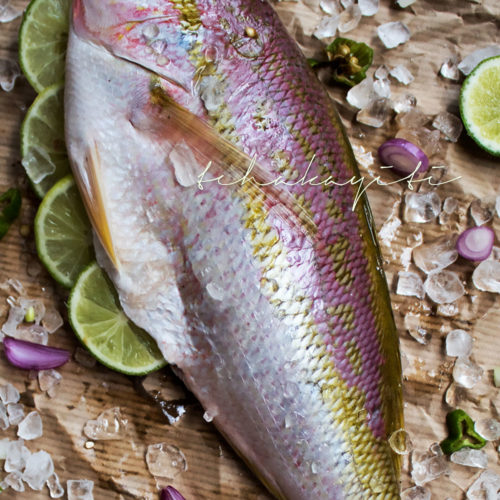 The traditional poisson gross el recipe calls for a more elaborate marinade than the one I used. I chose to go that route for the sake of simplicity. I wanted to retain the natural taste of the fish without overpowering it. Also, please note that the grilled version, the wine and the caramelized shallots are my own twist on this Haitian staple.
5 from 2 votes
Print Recipe Pin Recipe
Prep Time 30 mins
Cook Time 20 mins
Resting time 3 hrs
Total Time 50 mins
Cuisine Haitian

For the traditional poisson gros sel

For the grilled poisson gros sel