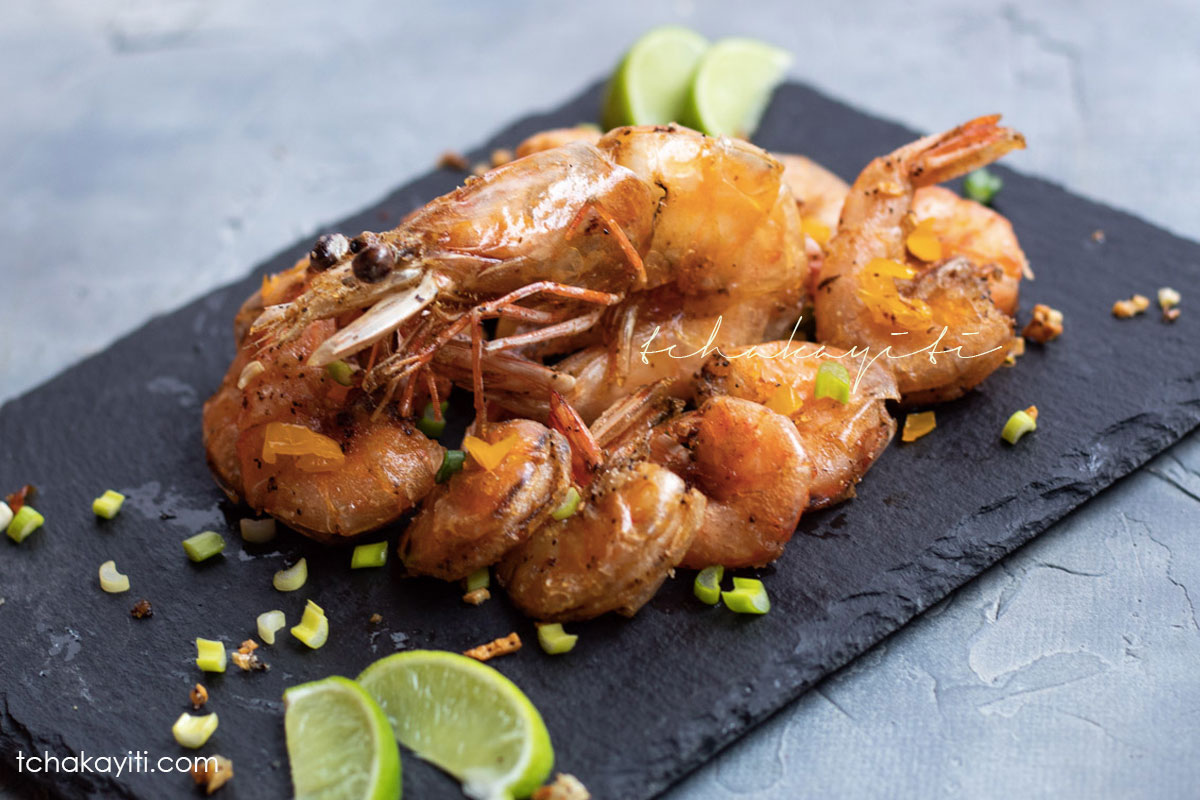 Spicy fried shrimp & a trip back in time

Today, we’re taking a trip back in time. We’re once more off to school.  Worry not, we won’t spend any time in a classroom. Not even a second. We will skip through those long painful hours, and head straight to the end of the school day.  Just like we did with the tamarind popsicles.

Only this time, we’re going for a spicy fried treat.  We’re heading to a bak fritay. But not just any bak. Not your typical one at least. We won’t be having griyo ak bannann peze, if that’s what you’re thinking. We’re kicking things up a notch. We’re going for a taste of the ocean instead.

Just like I used to when I was simply a school girl in uniform. And we are getting it from a street merchant at Kafou Tifou. She’s sitting right at the left corner of the intersection. On her legs, a pink cuvette – or at least that’s the color I have committed to memory. The container is filled with flour. I am assuming there’s seasoning in that flour. But I have no way to confirm it.

I have always watched her from afar. She dips the shrimp one by one in that flour mixture before dropping them in some sizzling hot oil. She stuffs the fried shrimp in a tiny brown bag along with some fried pressed plantains and a lot of pikliz.

That bag will soon make its way to me and my happy belly.

My mom’s office messenger will bring it to us.  I won’t be eating it alone. I will be sharing it with a few other people from my mother’s office. The minute we receive the bag, we will tear it open and lay it flat on a desk. It will be a race for whom will eat the most shrimp before it is all gone. After all, we are at least five in that office for that one brown bag. And, we’ve only ordered a dozen or two.  But we will make it work, even if that means it will all disappear in a matter of seconds.  Those few seconds will be worth it. They will be heavenly.

I can’t remember the last time I have had fried shrimp from that street merchant. My mom just confirmed that she still has her bak at the same location. A friend still sends for some from time to time. I wish I was in her shoes. Unfortunately, I work about 45 minutes away from that location. To console myself, I have attempted to replicate her recipe. And I must say I am pretty close. 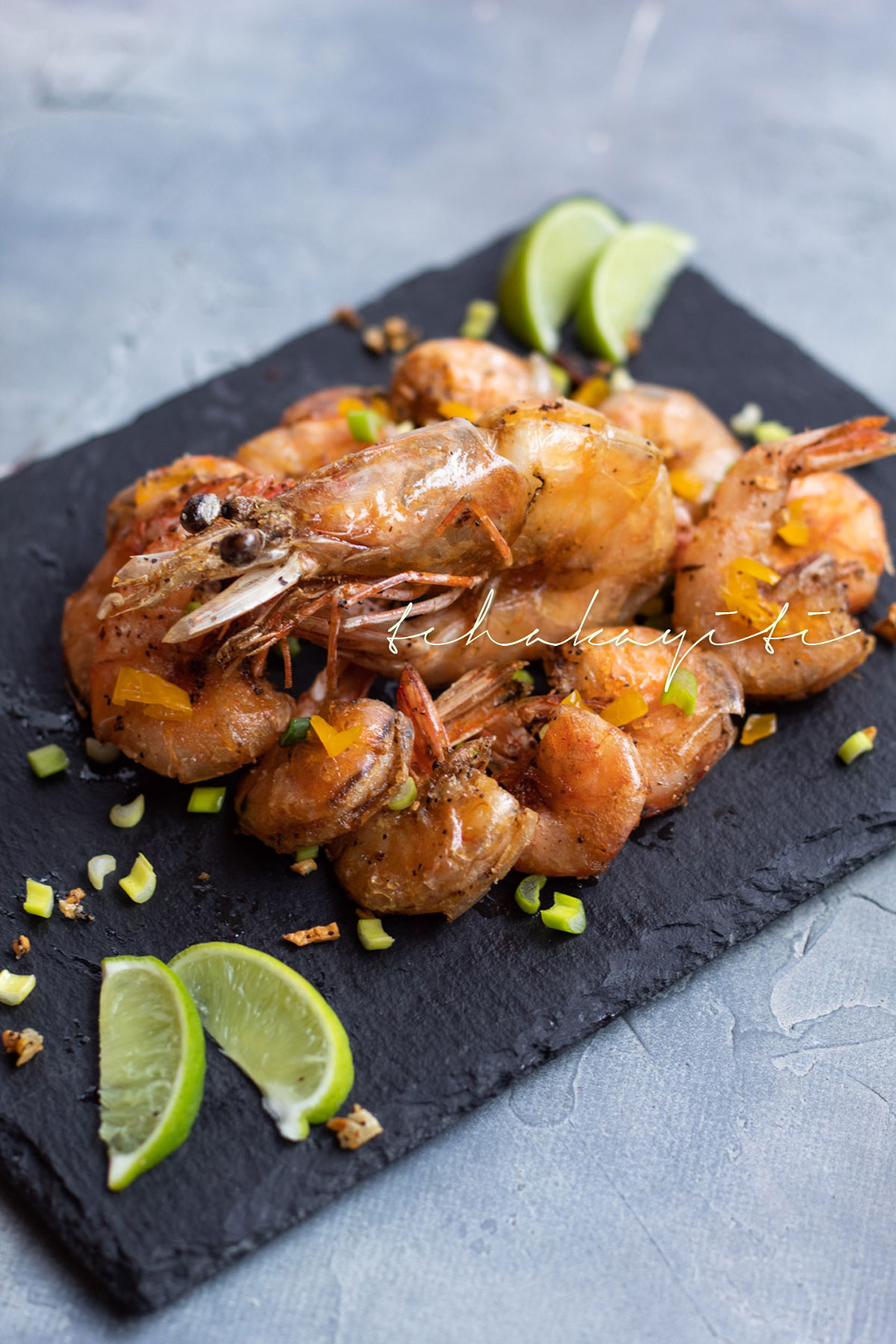 I do know, however, that that merchant will forever hold the secret to those fried shrimp.

And I wouldn’t have it any other way. I could attempt to go talk to her and get her recipe. But I have no desire to uncover her secret. It is was makes her so special. Plus, I think her fried shrimp is just like our papita. No matter how close one gets to mastering her recipe, it will always miss on key ingredient: gou lari a. There is just something about street food. It never tastes quite the same when prepared in the comfort of one’s home. 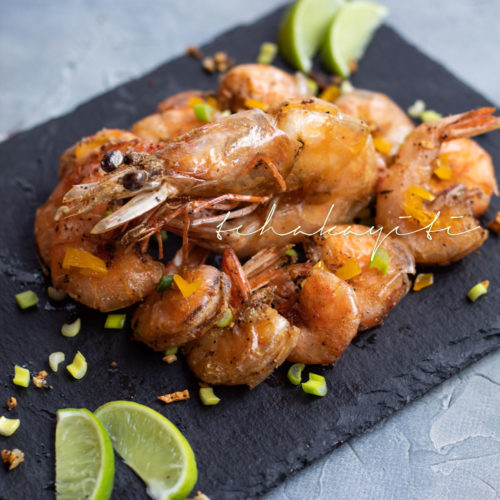 This recipe is my own take on the fried shrimp recipe I used to eat from a street merchant growing up. For the sake of keeping it gluten free (no I am not the one who's gluten free in my household), I substituted cornstarch for the flour. Also, the garlic and chopped piment bouc are my own addition. Feel free to omit them should you wish to. These shrimp are even better served with a spicy Haitian pikliz.
Print Recipe Pin Recipe
Prep Time 20 mins
Cook Time 20 mins
Total Time 40 mins