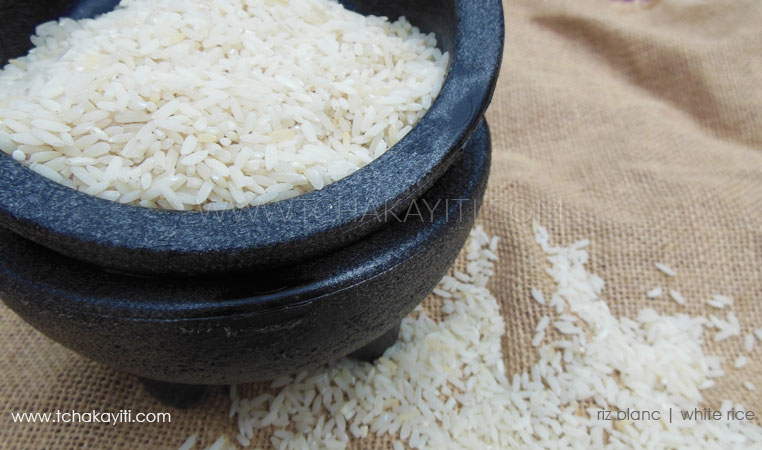 How do you cook your rice?

Yes, you read right. Rice is once again featured on this blog. You didn’t really think I would leave you with a bowl of sòs pwa without serving you a dishful of rice, did you ?

I’m sure you are curious about what else I could possibly add to my rice stories especially since I have already written about our haitian love of rice and told you about the mischiefs of an older cousin who was fond of gratin.

Well today, we are once again sneaking into a kitchen. Only this time, it will be to watch a young girl lift the lid of a pot filled with rice. Unlike her older cousin, she doesn’t add some more oil to the boiling pot; she acts like she is simply going to sample the water to make sure it is tasty enough. Yet, she grabs an oversized spoon which she fills with the boiling liquid, and quickly slurps a couple of spoonful hoping not to get reprimanded.

As you may have now understood, she is not just sampling that water. In fact, that young girl who is none other than my eight year old self, loved the rice’s cooking water, or dlo diri in Haitian Creole, so much that she could drink it while the rice was cooking.

I first discovered dlo diri at my grandmother’s, and ever since, I always found my way into the kitchen when the meal was being prepped with the help of the very same cook who had introduced me to this flavorful hot liquid that I quickly became obsessed with and drove her nuts about.

I wouldn’t stop asking for many spoonful of dlo diri ; I believe I even went as far as asking her to leave me a glass full. Each time, she tried to convince me that if I took out so much water, I would ruin the rice because there wouldn’t be enough liquid for the grains to come out fluffy. My answer back then was always the same: she simply had to add more water in her pot, and problem solved !

When that cook had first allowed me to sample that dlo diri, she had no idea what she was getting herself into. At the time, she thought she was simply helping me satisfy my curiosity. I had seen her sample the rice cooking water several times before, and thus wanted to give it a shot. I never stopped begging for dlo diri since then. The only difference was that, while the cook was sampling it to make sure it had the right amount of seasoning, I did so because it always had the right amount of seasoning. Her dlo diri was just salty enough, tasted like the rice starch detaching itself from the grains, the leek and perhaps garlic that was added to the mix.

Just describing these flavors to you right now makes me crave some dlo diri.

Between the half cooked beans and my dlo diri, you’re probably telling yourself that I have quite a weird taste.

Before you come to this conclusion, I only ask you one favor. Next time you cook some haitian style white rice using the steps described below, make sure to sample the cooking water. I am pretty sure you will finally get where I’m coming from.

Below is a recipe as translated by a foreign friend who says it is the simplest explanation she got and understood thus far. I hope you will think the same. In any case, don’t hesitate to ask me your questions below. I will happily help you master the art of making some fluffy rice.