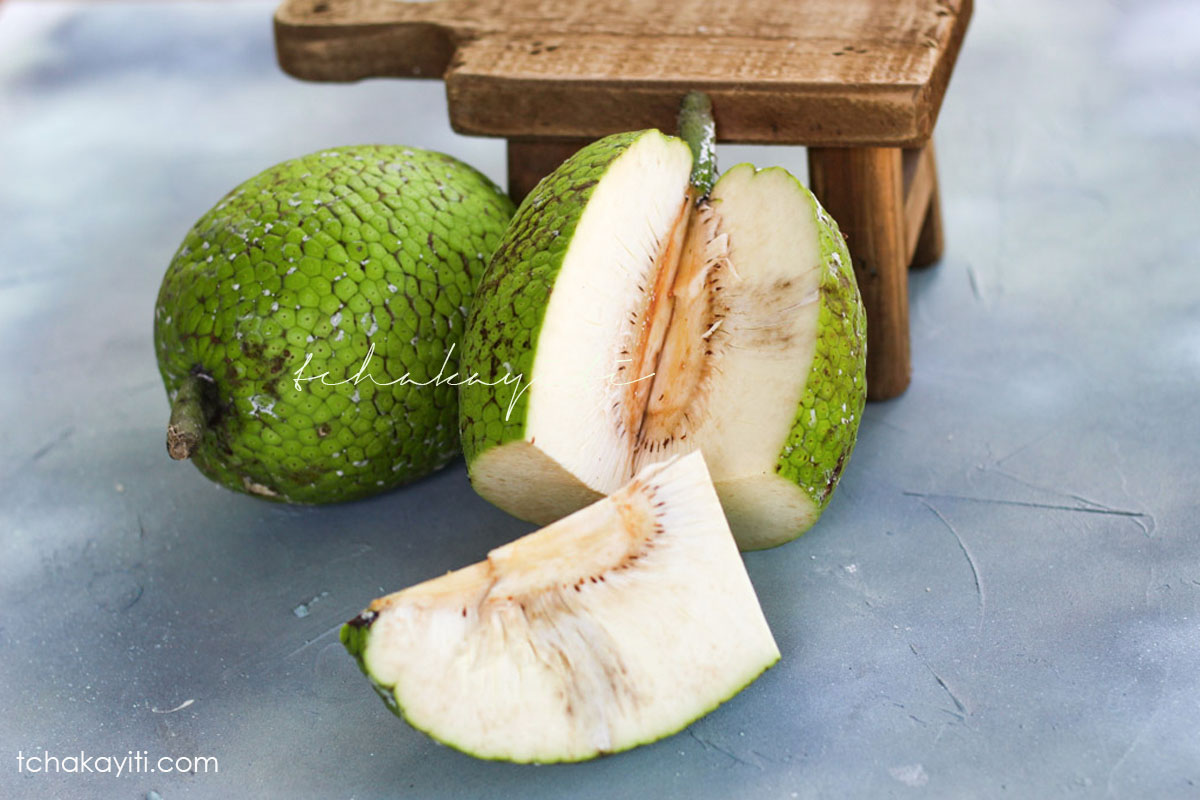 In Pre-K, all of the children were terrified of a fruit we found on the playground. We had baptized it “tata boulette.” That fruit was none other than what we call lam veritab in Haiti. Our worst nightmare was to accidentally step on a rotten one. Not only did a mashed brown veritab stay stuck to our shoes; it had a foul odor.  The victim of a tata boulette always rushed to scrub their feet on the ground hoping that their misfortune would go unnoticed. If not, the rest of the children were quick to tease.

“ewww you stepped on a tata boulette,” was the official chant for those situations.

All it took was for one person to yell it out for it to spread to the entire playground. Every single kid would chime in while running away from the poor victim.

What we didn’t know back then was that the tata boulette that was so repulsive to us was actually a fruit, or a vivre alimentaire, as we say here in Haiti. Though I called it veritab earlier,  in our local cuisine we also refer to this fruit as “lame veritable” or simply “lam.” Its official French name is, however, fruit à pain. Lame veritab comes from the arbre veritable, which real name is actually arbre à pain. Be careful not to confuse with the other fruit we call arbre à pain or labapin here in Haiti.

There are more than one way to eat this fruit.

We eat our lam boiled, pressed just like our plantains or fried “accordeon-style.”  The accordéon is easy to make.  We cut the fruit in lengthy thin slices that we fry in hot oil after dipping them in some salted water.  We mostly eat it with other fried foods. In my family we used to eat with fresh goat blood fricassé, which I will describe in another article.

In the South, the typical preparation is the tomtom – similar to mashed potatoes – which they serve with okra. Tradition has it that the tomtom can only be swallowed without chewing too much. This helps avoid the sliminess of the okra. I have yet to confirm this rumor. I have never had tomtom before. Today, we also enjoy veritab as a puree, a porridge, gratinée, cake, juice or as croquettes (codfish balls), which I am fond of. 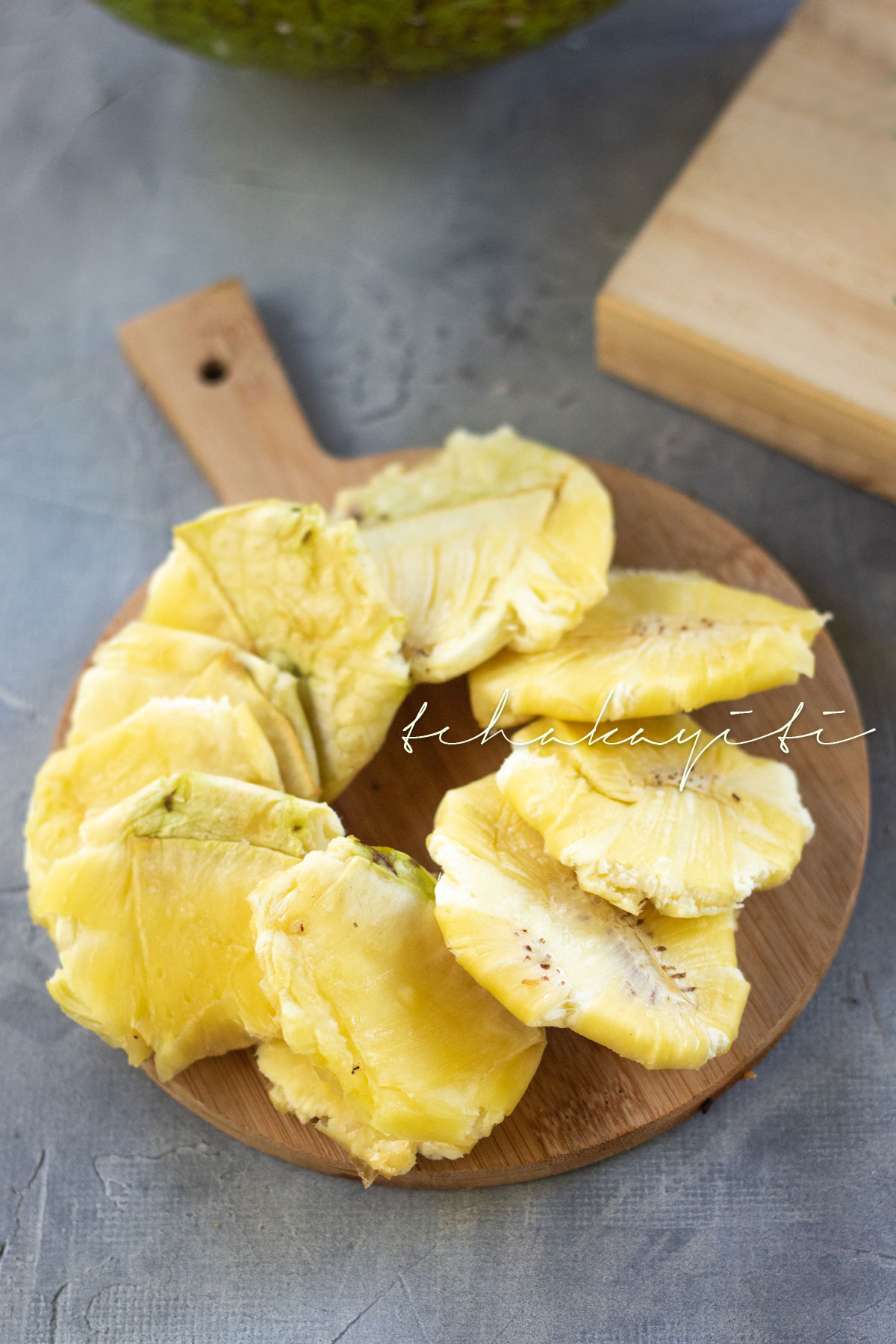 My personal favorite is the pressed version because it is not as crunchy as the accordéon even though that version is the most popular. We cut the veritab into chunks that we fry until they turn golden. We then press those chunks before frying them a second time. These veritab pesées are crispy on the outside but still remain chewy on the inside.

Who would have thought that one day I would be so fond of the tata boulette which had made me miserable as a young child? I definitely would have been the last one to believe it back then.