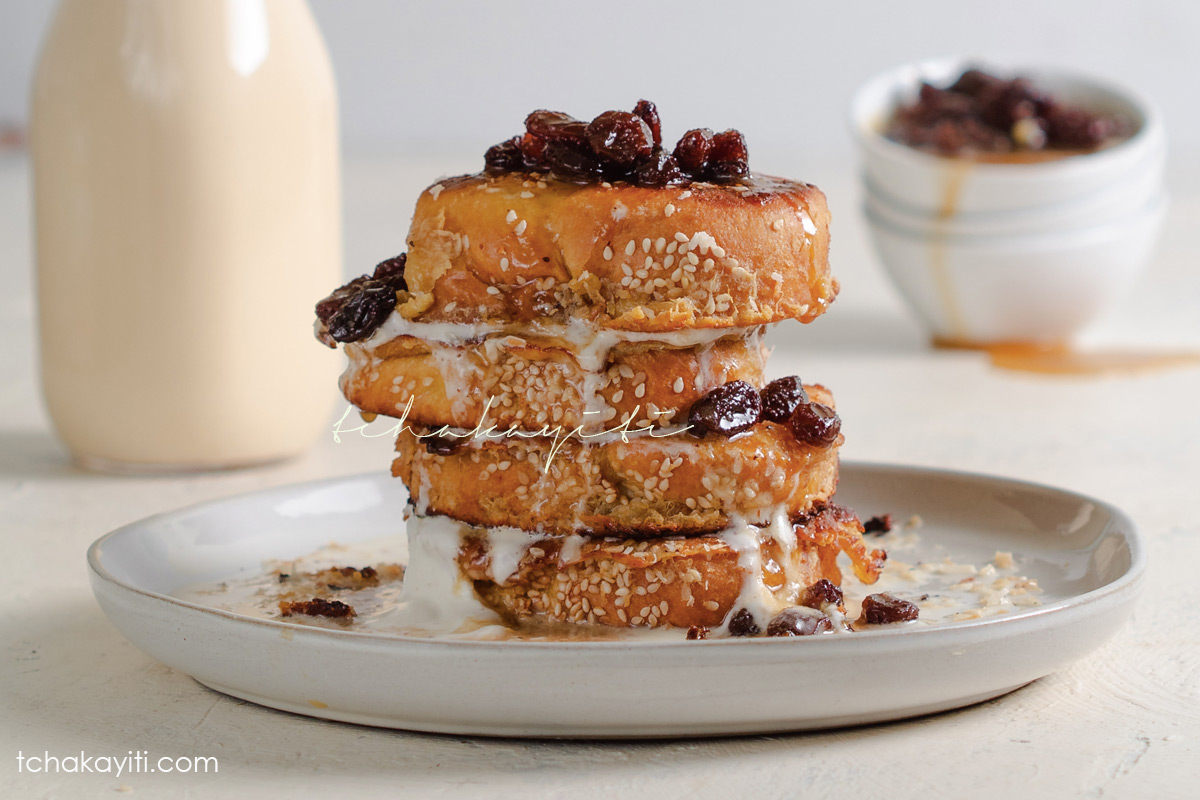 The weather’s quickly cooling down. Soon our mountain area will be frozen cold. Yes, our Caribbean island gets freezing cold. By our Caribbean definition of cold, of course.

This means the time has come to prepare and savor our creamy cremas. Remember that Haitian must-have Holiday drink I spoke of before? If you haven’t discovered it yet, click here now. Grab that recipe. Prepare a bottle, or two or three. You will need about half a bottle for today’s cozy boozy breakfast. 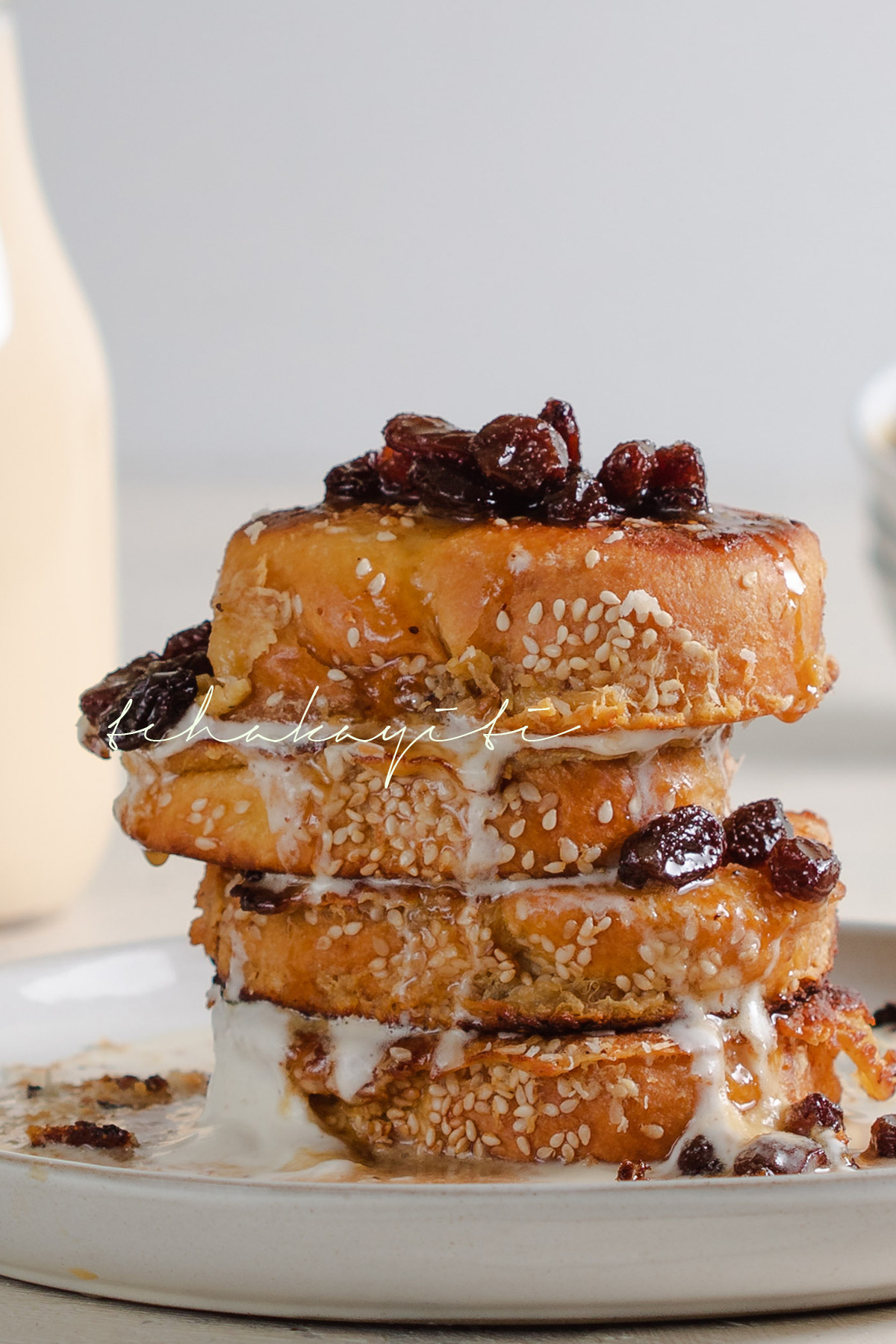 I made up that name, of course. This boozy, scrumptiously decadent breakfast involves two different types of Haitian rum: white rum from the cremas and dark rum for the toppings. A double shot of warmth to start your morning, preferably your weekend. Because, you know…all the alcohol… 😉 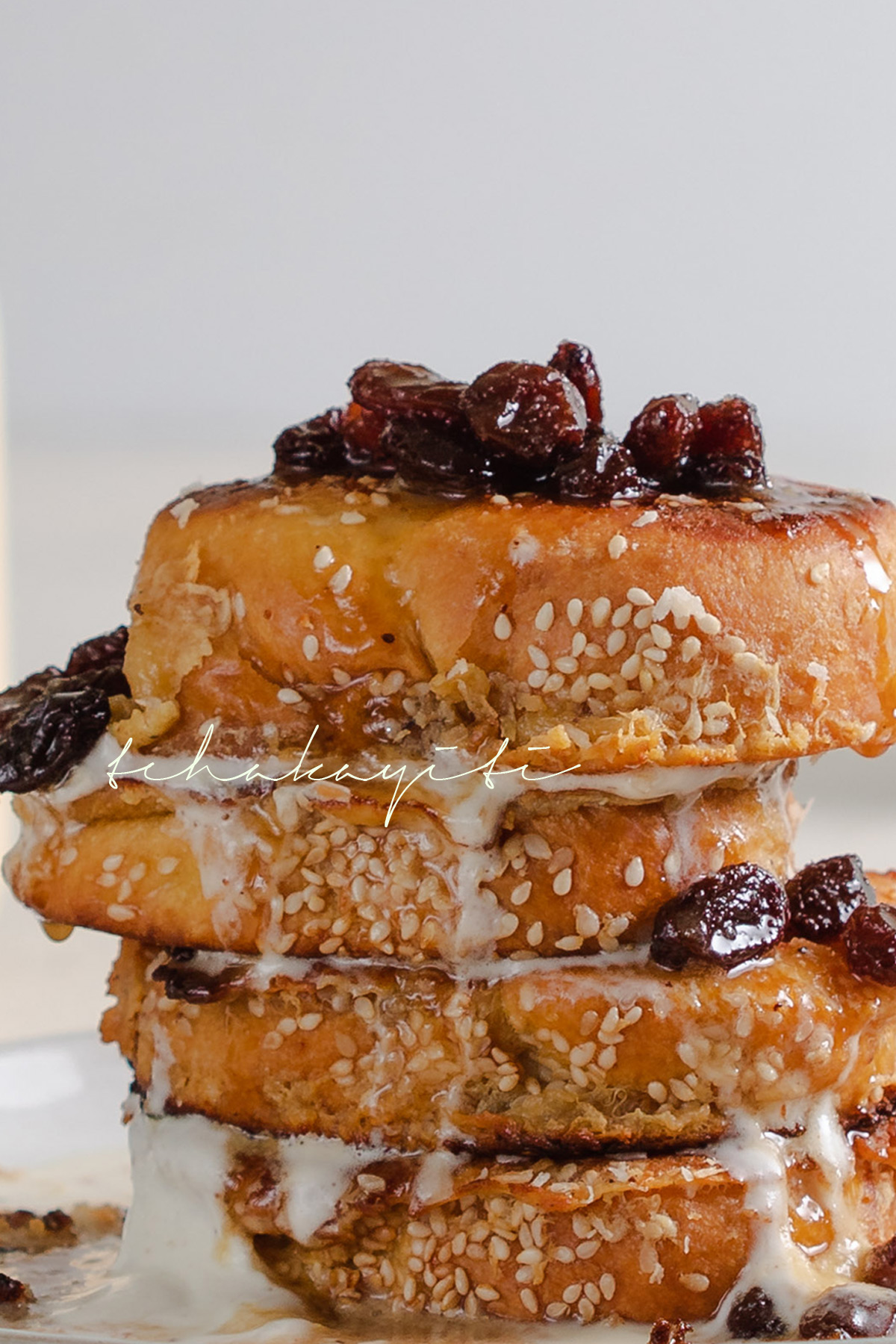 Now doesn’t that make for a scrumptious creamy and warm Holiday breakfast? Perhaps, I should have called this dish, cremas turned breakfast. 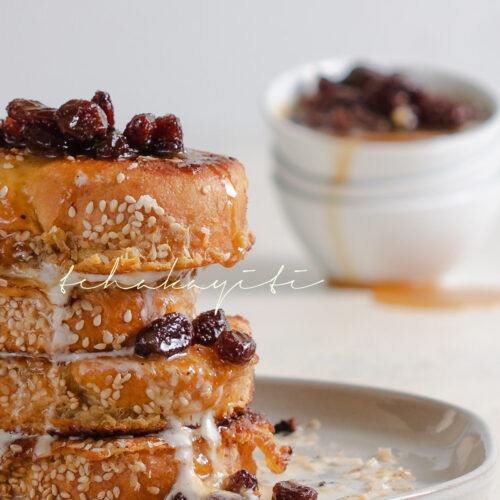 I used a butter brioche bread for this recipe because I wanted them to be pillow soft. Feel free to substitute state sliced bread or French baguette to your taste.